Brexit: Keep calm and carry on?

In the wake of the radical results of the EU referendum, fintech leaders are trying to measure the impact Brexit may have on the industry and the UK as a whole. Attending events across London and meeting experts across the industry, iFinance gathered opinions and insights about the past and future of fintech in the UK.

On the morning of Friday 24th June, as I took the tube on my way to work, Brexit was on everyone’s lips: a group of French people discussed who would replace Cameron, an Italian couple wondered how the working visas would be issued… It is obviously a hot topic of discussion from dinner tables to conference halls since uncertainty now reigns in the capital of fintech.

Prior to the EU referendum result, at the Wired Money conference JP Rangaswami from Deutsche Bank advised companies, and fintechs in particular, to be prepared for all foreseeable scenarios. While some companies declared being prepared for all outcomes, others seemed to feel much more threatened by a “leave” vote. For instance, an employee from a Swedish bank voiced her concerns regarding the impact this decision would have on the Swedish market, as it is quite small and very dependent on the rest of the EU. A representative from AIB also explained that they were trying their best to educate, inform and advise their customers in their financial planning process. Several company leaders showed their discontent and preoccupation regarding the regulatory obstacles that they would have to face when dealing with foreign customers and partners. For instance, startups feared that they might not be able to trade with the rest of Europe without an EU licence passport. Some declared their business would not be affected by Brexit. For instance, Hank Uberoi, CEO of Earthport, told me that UK leaving the EU just meant more business for his company as they would have one more country in their portfolio.

A few days post-Brexit, at the Future of Insurance event organized by FT, the panellists tried to adopt a reassuring tone in their predictions. “Keep calm and carry on” seemed to be the general message of most speakers. For most, the verdict had come as a shock but they recognised the need to look to the future rather than dwell on the past. Indeed, Huw Evans, from the Association of British Insurers, argued that now the most important thing for insurers is to provide expert support to politicians and decision makers in order to find better solutions going forward. Regarding the impact on the regulatory environment, several speakers, including Olav Jones from Insurance Europe, suggested that the best scenario would be for the UK to obtain an equivalence and to develop a similar policy to the Solvency II framework in order to maintain a healthy trade with the EU, similarly to Switzerland. Kurt Karl, from Swiss Re, predicted that the banking industry would suffer much more from Brexit than the insurance sector. According to him, EU regulators are more likely to force aggressive limitations on British banks in order to ‘punish’ the UK and discourage other countries from leaving.

Although no one whom I have met so far in London seemed pleased by the results of the referendum, some are still trying to view the cup half full. For instance, Patrick Fitzgerald, Head of Partnership at Salary Finance, suggested that this outcome could generate positive social change as it brings to the attention of politicians and decision makers the need to listen to those who might be excluded by the system. This could be the start of a better dialogue at all social levels.

At the Fintech Evolution conference, we had the chance to chat with fintech analyst Devie Mohan who, amongst others, is supporting the petition to turn London into an independent city state. However, it seems unlikely that such a radical measure would gather enough support to go through. Overall, as Joe Hall, UK MD at eToro, noted, London remains a rich city in terms of innovation, creativity and leadership and it will probably remain the heart of fintech, in or out of the EU. So for all the frustration, disappointment and uncertainty, there might
still be light at the end of the tunnel. 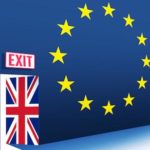 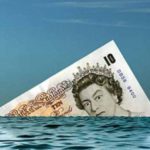