Global Internet Trends – how are retailers and consumers adapting to the Internet age?

Worldwide economic growth is slowing and is changing geographically. China and other emerging Asian markets are now contributing more to growth than North America and Europe.

The significance of demographic trends ought not to be underestimated. Decreasing birth rates and an ageing population have created their own challenges.

Tying this all together portrays an uncertain outlook. However, the Internet is at the forefront of confronting these challenges – it provides a marketplace for innovative businesses that reduce costs but drive up efficiency.

On the other hand, global smartphone use is decreasing after years of high growth, with the Android market increasing at the expense of the iOS operating system.

Despite the majority of developed countries already having a high number of Internet users, there are still significant barriers for underdeveloped nations, especially those with low literacy rates.

Internet advertising in the United States has increased by 20% since last year, with the majority of that growth coming from mobile advertising and driven primarily by Facebook and Google.

As technology has become more available, marketing and retail methods have also evolved. In the United States the Millennial Generation make up 27% of the total population and their preferred shopping method is online. The interweaving of technology, media and distribution has revolutionised retail. Personalised marketing via Facebook, Instagram, and Twitter has heightened the presence of online commerce. This marketing, targeted at the ever-connected Millennials, along with easy and on-demand online purchasing has allowed new products and brands to flourish.

The Role of Visual Media

Not only do the Millennials use lots of social media, the way they consume media is also different from previous generations. Snapchat provides a good case study into how advertisers are trying to exploit increasing social media usage, for example, following the creation of a KFC Snapchat filter, there was a 23% visitation lift within 7 days.

Regarding sports viewing, 2016 could be a remarkable year. For the 2016 NFL season, Twitter is trying to create the ultimate sports viewing platform with live broadcast, analysis, scores, replays and social media all in one place.

Additionally, the increased use of image-based platforms has provided an opportunity for selling products., for example 55% of Pinterest users in the United States use the platform to find and shop for products.

Messaging services are increasingly being used for business-related conversations, especially in China. The Chinese messaging service WeChat, for example, added a new banking service in 2015. For those born towards the end of the 20th century, the Internet and social media are the most popular channels for conducting business.

Talking to your Computer

Talking to your computer or mobile might be something others think very strange, but it is fast becoming a popular form of computing input. Not only is it simple and hands-free, but also is increasingly delivering accurate search results. Andrew Ng, Chief Scientist of the Chinese search engine, Baidu, predicts that by 2020, at least 50% of all searches will be through images or speech.

Speech is also being used to shop. The Amazon Echo is a microphone with which you can order products from the Amazon website without even being at a computer.

Is it a car? Is it a computer?

The computerisation of cars is accelerating rapidly. Google and Tesla are at the vanguard of developing driverless cars, but their safety will come under scrutiny following the first fatality involving a self-driving car on 1 July.

The United States, and in particular Detroit, used to be the world leader in automobile production and through innovation is seeking to regain its lead. General Motors and Ford are top 10 global car manufacturers and with recent advances including Uber, Lyft and driverless cars, the United States is poised to retake the mantle.

The use of data and analytics has also helped markedly improve business efficiency. Nevertheless, this has given rise to multiple security concerns such as those revealed by Edward Snowden. 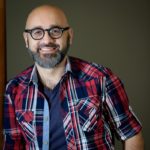 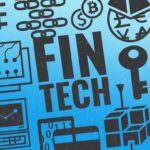 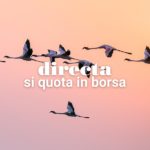