Facebook’s Internet-Spreading Drone and what it means for Fintechs

Facebook’s drone Aquila (“eagle” in latin) has soared into the sky for the first time on July 21st. After 23 prototype flights, this latest model was flown over the Arizonan desert in Yuma for 96 minutes. Aquila is 42,6 meters wide, made out of carbon fiber, monitored by an autopilot computer and in the future it will be powered by solar panels.

Zuckerberg and co.’s ambition is to use their drone designs to spread internet access in underserved regions of the world. The company has stated that about 1.6 billion people have no way to access mobile broadband. Aquila could help democratize the access to internet worldwide, allowing more people to communicate through and benefit from the web.

The internet giant does not plan to actually build or ship their drones to underserved countries. Instead they will make their designs available to all. In this way, they hope to facilitate governments and local companies to increase the internet availability. This is quite a clever strategy, since it will potentially allow Facebook to achieve a huge userbase increment without the associated production and exporting costs.

Check out Facebook’s video of Aquila’s first flight over Arizona:

However, Aquila is not yet finalized and Facebook’s engineers are still in the process of developing and integrating the solar panels, internet antennas and high-altitude batteries. But Facebook is far from being the only one investing in this technology. For instance, Google is currently developing its own internet-spreading drones and balloons. The airbourne race to conquer underserved markets is bound to get interesting soon.

WHAT THIS MEANS FOR FINTECHS

If Google and Facebook’s drones were to succeed in their endeavours, they would have a significant impact on the penetration of fintechs and digital businesses in developing countries. For instance more Facebook users also means more potential customers for fintechs, as multiple payment startups and financial chatbots are already operating via Facebook Messenger.

Furthermore, developing countries in Africa may become very interesting markets as they already have a widespread use of mobile-based services and would greatly benefit of an increase in internet broadband offer.

At the end of the day, some might profit more than others but everyone will benefit from a better connected world. 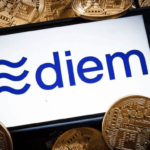