The EU backs up Uber and Airbnb against restriction laws

The EU has expressed its support to digital businesses Uber and Airbnb in the question of legal limitations aimed at reducing unfair competition with physical businesses, as reported by Reuters.

The European Commission has agreed that the unicorns Uber and Airbnb, along other businesses built on the concept of “sharing economy”, should not be banned in the European Union. In the drafted document produced by the Commission, it was stressed that legal restrictions should only be applied in special cases and only as a last resort.

Meanwhile over 500 legal complaints have been filed against the new EU guidelines and the lack of legal definition of these new digital service providers.

Indeed, this statement comes at a time where several European cities and companies are trying to limit very successful digital businesses on the premise that they create unfair competition with physical companies, such as hotels and taxis. For instance, ever since the creation of Uber, associations of taxi drivers have organized several protests demanding the ban or stricter regulation of the company in France, Britain, Portugal, Spain and many other European countries.

On May 1st of this year, very strict restrictions were also set up in Berlin against Airbnb, such that 95% of requests from landlords wanting to share their property on a short-term basis would be rejected. The European Commission disapproved of these regulations and suggested instead that regulations may be imposed only on the length of the stay for Airbnb users.

The EU court is also due to decide on the legal status of Uber as a transport company or as a digital service, as the latter would entail more burdensome regulations.

It seems that older forms of businesses may just have to deal with this new wave of “sharing economy” and will be forced to innovate in order to keep up with the digitalization of services. 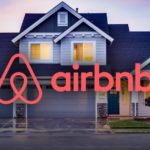 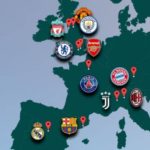