The EU referendum and the future of Fintech in London

Fintech companies in UK face an uncertain future as the possibility of a leave vote or ‘Brexit’ looms over the country.

ICM polls published on Tuesday afternoon show a surprising turn in the nation’s stance favouring leave by 52 per cent to 48 per cent. The poll shows an alarming change in attitudes in just over two weeks. This sudden change in public opinion has seen the Pound loose value against the US Dollar. With the very real possibility of a leave vote a lot is riding in the balance. The International Monetary Fund’s Managing Director, Christine Lagarde, has said that a vote to leave the European Union would be “pretty bad to very, very bad.’

Economists as a whole agree that countries gain by increasing their overall international trade. What does this mean for the Fintech companies in the UK looking to expand and develop trade abroad? With many corporations already signaling their interest to move their headquarters out of London, it could diminish London as a global financial centre. This could spell problems for the booming Fintech community based in the Country’s capital looking to expand their markets.

A survey by the Guardian last year revealed that none of Britain’s $1bn Unicorn firms openly support Brexit. The Survey showed that there was no outright support from the leading tech companies within the UK. The view from Fintech players suggests that leaving the European Union is both harmful to business and consumers alike.

“The EU means free movement of talent: we have 40+ nationalities working together at TransferWise. To grow an international business you need an international team and access to the best talent in the world. Being in the EU also makes it easier to do business globally and break into new markets. We’re regulated in the UK, which currently means we’re regulated in every EU country. This cohesive approach to regulation has simplified our growth across the region.

Like many businesses in London we chose to headquarter here because of the access to global talent and global markets. If the UK leaves the EU, we’ll have to consider whether it makes business sense to stay headquartered here. It’s a decision we don’t want to make but one that we’re having to consider. This year we’re setting up offices in Australia and Asia, and the fact is that countries and cities all around the world are in competition when it comes to attracting businesses. London is a great place to set up a business today but other cities are fast catching up.”

“We’re a global business that operates across four European markets, so a successful, well-functioning Europe is crucial to a business like ours and we believe this is best achieved by remaining part of the EU.”

The Co-Founder of GP Bullhound, Manish Madhvani, argues that the benefit of EU membership is more psychological.  From a business perspective, membership in the EU also provides a psychological incentive for UK companies to think in a wider European context. This could affect how they view their marketplace or make them think twice about the potential increase in costs of doing trade in the EU. “People, as a statement, will move some of their headquarters” suggests Madhvani. “Quite a few large corporates have already said that.”

The IMF said in a report on the UK economy that a leave vote could produce a “protracted period of heightened uncertainty” and could result in a sharp rise in interest rates, cause volatility on financial markets and damage London’s status as a global financial centre.

For the UK’s thriving Fintech sector, a leave vote could stop them in their tracks. The EU referendum will be a major turning point that will shape of the UK financial landscape and the future of fintech in London. 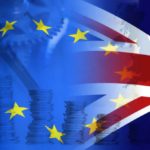