Wall Street Pros are turning to BitCoin and testing the waters of digital currencies. Josh Brown, CEO of Ritholtz Wealth Management and Bill Miller are the latest seasoned investors who’ve added their names to the list of pros who openly admit to trading with this cryptocurrency.

A recent bear run has had cryptocurrency investors scrambling but it seems like the tipping point was reached and that things are looking up.

A possible BitCoin split on 1 August 2017

A possible BitCoin split or fork was announced earlier this week when miners failed to come to a unanimous decision regarding upgrades to mining protocols. The digital currency’s price is soaring again with reports signalling increased support for BIP91 and SegWit – an indication that a split/fork would most likely be avoided. Confidence in Bitcoin is steadily returning with the cryptocurrency trading at $2385 – much higher than the prices over at the weekend.

A Forbes report released on Tuesday reported that investing legend Bill Miller put 1% of his net worth into BitCoin in 2014. The cryptocurrency is one of the top holdings in Miller’s $120 million hedge fund.

Josh Brown, CEO of Ritholtz Wealth Management and a CNBC contributor, said in a blog post on Tuesday that he used Coinbase to buy this digital currency with a “small amount of money.”

“I think it’s been through enough seasoning at this point. If it doesn’t crash this year based on the fork” developer dispute that could split Bitcoin, he said, “it’s going to go mainstream among financial professionals.”

This follows Standpoint Research’s Ronnie Moas, who said on July 5 he also bought a small amount of the cryptocurrency and thinks it can reach $5,000 within a year. Fundstrat co-founder Tom Lee was the first of Wall Street Major strategists who’ve formally aired their opinion on BitCoin. Lee said he sees the digital coin reaching $20,000 to $55,000 by 2022. 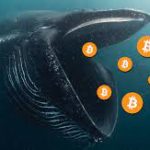 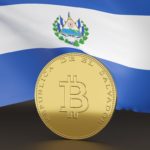