“On June 16, wide-moat Amazon announced its intentions to acquire narrow-moat Whole Foods Market in a $13.7 billion all-cash deal, which equates to $42 per share or around a 25 percent premium to our fair value estimate and the prior market close. The transaction is valued at a forward enterprise value/EBITDA multiple of 11 times. We intend to raise our $33.50 fair value estimate for Whole Foods to the deal price (adjusted for the time value of money), as we don’t foresee another bid surfacing before the expected close in the second half of 2017. Despite the strategic nature of the deal for Amazon–affording the firm the opportunity to gain a larger brick-and-mortar presence, as well as access to higher-quality fresh food fare (which stands to benefit its ambitions to expand its fresh grocery offerings) – we see little change to our $1,050 fair value estimate, given the small relative size of the transaction (around a low-single-digit percentage of sales).

Whole Foods has been under pressure to reignite its operations, challenges that were brought to the forefront following the 9 percent stake taken by activist investor Jana Partners earlier this year, as it petitioned the firm to make operational improvements and/or pursue a sale. We had believed that a sale offered the best investor outcome and had believed the firm could fetch between 9 and 11 times adjusted EBITDA (or a price in the mid-$30s to mid-$40s). As such, we portend this represents a favorable outcome for Whole Foods, in light of the intense competitive pressures that had been weighing on its business. Further, from our vantage point, because Amazon has developed a very powerful and disruptive brand intangible asset that has become synonymous with competitive pricing, expedited shipping, and customer service–all of which underpin our wide moat rating–we think this deal could be advantageous as Whole Foods works to right its ship and drive efficiencies across its operations.” 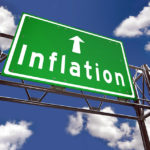