This Newsletter has suggested in the past that investors avoid bonds, and it is likely that bonds will become even worse investments in the near future. The geniuses at central bank headquarters in the US, EU and Japan have created a situation that makes it extremely risky and unprofitable to put money in bonds.

Not only have bond purchases by central banks distorted the bond market but the ZIRP and NIRP implementation has resulted in central banks not being in a position to combat the next recession. The present policy of the Fed to raise interest rates in a sluggish economy will only hasten the arrival of the next downturn which has already started in some sectors.

The problem is compounded by the desperate situation of pension funds that have to cope with bond yields that are too low for them to be able to meet their obligations. In such an environment the continuing deficits of the US federal government and the current political deadlock do not augur well in consideration of the fact that the debt ceiling has already been reached and the Treasury is maintaining liquidity only by resorting to accounting methods that are unsound.

At present the government has increasing difficulty in placing bonds in the market because of the debt ceiling. Assuming that Congress can pass continuing resolutions in lieu of a real budget and possibly a rise in the debt ceiling, the government would then have to find buyers for large amounts of financing. The Fed has indicated that it wants to diminish its balance, but the prospects for that are poor indeed. It is much more likely that the Fed will be called on to monetize more debt than in the recent past when the Treasury puts piles of paper in the market.

The Fed base rate is higher by one percent in relation to over a year ago, but the rates on new bonds will still be very low. In the event that Congress does not pass a budget and a rise in the debt ceiling, then markets could panic, and the stock market could suffer the long-awaited and long overdue crash or correction that this Newsletter has predicted.

The way back to a normal bond and stock market will be difficult and painful. Investors hanging on to bonds will suffer serious losses when inflation comes back with a vengeance. FAANG fans will be disappointed that the rise in stock prices cannot continue on to infinity. The time to take profits is now and not tomorrow. Shorting the high-flyers will help prove the old adage of Buy low, sell high. When the crash comes, it will come fast. ‘If it be done, let it be done quickly.’ 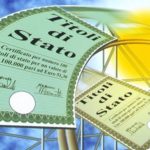 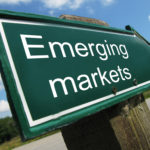 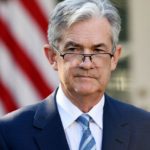