These are the most common types of moving averages used to time the market.(1)

In this moving average, each price observation has the same weight wi=1 (ψi = 1/n). The average lag time and smoothness of SMA are given by

Obviously, increasing the size of the averaging window increases both the smoothness and the average lag time of SMA.

The SMA is, in fact, an equally-weighted moving average where an equal weight is given to each price observation. Many traders believe that the most recent stock prices contain more relevant information on the future direction of the stock price than earlier stock prices. Therefore, they argue, one should put more weight on the more recent price observations. To correct the weighting problem in the SMA, some traders employ the linearly weighted moving average.

A Linear (or linearly-weighted) Moving Average (LMA) is computed as

In the linearly weighted moving average the weights decrease in arithmetic progression. In particular, in LMA(n) the latest observation has weight n, the second latest n-1, etc. down to one.

The average lag time and smoothness of LMA are given by

For a sufficiently large size of the averaging window (when n≫1),

Therefore, for the same size of the averaging window, LMA has not only smaller lag time than that of SMA, but also lower smoothness.

The figure below, top panel, demonstrates the values of SMA(16) and LMA(16) computed using the monthly closing prices of the S&P 500 index over a 10-year period from January 1997 to December 2006. This specific historical period is chosen for illustrations because over this period the trend in the S&P 500 index is clear-cut with two major turning points. Between the turning points, the index moves steadily upward or downward. Apparently, LMA(16) lags behind the S&P 500 index with a shorter delay than SMA(16). However, if traders want a moving average with a smaller lag time, instead of using LMA they can alternatively decrease the window size in SMA. Therefore, a fair comparison of the properties of the two moving averages requires using LMA and SMA with the same average lag time. The bottom panel in the figure below shows the values of SMA(11) and LMA(16) computed using the same stock index values. Both moving averages have the same lag time of 5 (months). Rather surprisingly, contrary to the common belief that these two types of moving averages are inherently different, both of them move close together.

For the sake of illustration, let us consider a simple example of SMA(3) which is computed as

In this form, it looks like all prices are equally important. But, on the other hand, recall that

The formula for SMA(3) can be presented in terms of price changes:

In words, the value of SMA(3) equals the first (last) closing price plus (minus) the linear moving average of the previous price changes. The moral is that focusing on the price weighting function creates an illusion that all price observations are equally important, but it is not true since price series exhibits strong serial dependency. In reality, what important is the changes between the successive observations (because they can be assumed to be independent) and the weighting of these changes.

The average lag time of EMA depends on the value of two parameters: the decay factor λ and the size of the averaging window n. For example, to reduce the average lag time, one can either reduce the window size n or decrease the decay factor λ. Consequently, there are infinitely many combinations of {λ,n} that result in EMAs with exactly the same lag time; at the same time these moving averages have similar type of the weighting function. As a result, these EMAs possess basically similar properties. 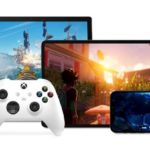