Over the past quarter century, large and ever-larger companies have significantly increased their share of total intra-industry sales across a majority of industries. These superstar firms – including Facebook, Amazon, Apple, Netflix and Alphabet’s Google (known collectively as FAANG) – increasingly dominate their respective industries in terms of revenues, profits and stock market capitalization. The winner these days may not take all, but most.
What explains this “winner takes most” trend? The two most plausible explanations are technological change and globalization. The latter has increased the size of the market in which large companies can exploit their competitive advantages, thus reaping economies of scale. Technological advances also support concentration. Search engines and price aggregators allow consumers to find the most competitive suppliers more easily, channeling sales to the industry leaders at the expense of laggards.
Moreover, a recent National Bureau of Economic Research (NBER) working paper finds that rising concentration is more prevalent in dynamic industries exhibiting rapid technological advances, as measured by total factor productivity and patent intensity (see D. Autor, D. Dorn, L. Katz, C. Patterson and J. Van Reenen, The Fall of the Labor Share and the Rise of Superstar Firms, May 2017). Many superstar companies also benefit from network effects that are especially strong in social media and software platforms, where the value of the services increases with the number of users. Size begets size, which in turn begets size.

The long-term decline in interest rates

The secular rise of superstar firms helps to explain several important macro trends, which in turn have all contributed to a secular decline in natural interest rates (r-star) and actual interest rates.
First, superstar firms earn larger profits relative to their revenues, and they save (retain) most of these profits rather than distribute them to shareholders via dividends or share buybacks. Typically, superstar firms’ saving exceeds investment, implying that they are net lenders to the rest of the economy. As a consequence, many have accumulated large cash piles that are invested in financial assets such as government or corporate bonds. An important reason for larger cash holdings appears to be that most of their investment in intangible capital – human capital, research and development, and intellectual property such as patents and trademarks – cannot easily be financed by bank credit.
Led by superstar firms, the corporate savings glut has contributed to low natural and actual interest rates. In fact, a recent research paper by the Federal Reserve Bank of Minneapolis documents how the global corporate sector transitioned from being a net borrower to a net lender to the global economy over the past several decades (P. Chen, L. Karabarbounis and B. Neiman, The Global Rise of Corporate Saving, March 2017).
Second, the rise of superstar firms has contributed to a decline in the economy-wide labor share, i.e., the share of overall income that goes to workers. This is the mirror image of the economy-wide rise in their profit share. Superstar firms have above-average profit shares and below-average labor share, and as their importance in the economy increases, their economy-wide labor share has declined (see Autor et al). As less-skilled labor has become relatively less important and more easily substitutable, wage pressures have remained low, contributing to a flatter Phillips curve and thus to low inflation and low (nominal) interest rates.
Third, the growing importance of superstar firms has contributed to increasing wage and wealth inequality. Employees at superstar firms are typically highly skilled and earn substantial skill-related and firm-related wage premiums, often in the form of equity. Meanwhile, evidence suggests that superstar firms increasingly use outsourcing to contractors, temporary-help agencies and freelancers for a wide range of activities previously done in-house. This fissuring of the workplace reduces both the labor share (by saving on the wage premium typically paid to in-house workers at large firms) and the bargaining power of both in-house and outside workers. In turn, rising wage and income inequality add to the global savings glut as high-income, wealthy individuals have a higher propensity to save than low-income, less wealthy ones.

What could stop the superstars?

For now, the march toward ever-larger superstar firms appears unstoppable. Many of them benefit from network externalities, and their high profitability allows them to attract the best people and ideas. Their profitability also enables them to self-finance investment, gobble up competitors and, if necessary, spend large amounts on lobbying activities that reduce effective competition in their markets. What could reverse the ascent of superstar firms and thus the decline in r-star? We see three potential threats to their rise:

While these risks bear watching, none seems likely to materialize anytime soon. In the meantime, superstar firms and super-low natural interest rates are here to stay. 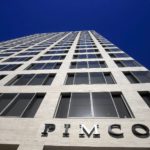 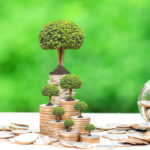 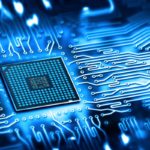