A cura di David Kotok, Cumberland Advisors
When the Treasury Secretary of the United States has to manage federal finances as the calendar propels the country toward an artificially created fiscal cliff, he typically writes a letter like this one: treasury.gov/initiatives/Documents/Mnuchin to Ryan on DISP – 7-28-17 (2).pdf. Such is the nature of our political system. We play a game of brinksmanship with the debt limit.
No one expects the United States to default. It won’t. Even the House Freedom Caucus has indicated it will not use the debt ceiling debate to threaten an American default. But the group still threatens while the Republican appointed Treasury Secretary asked for a “clean” debt ceiling bill.
That said: Those politicians ignore the costs imposed by this brinkmanship while we the people go on about our daily business, assuming that there is no serious risk and pretending all is okay.  We are able to measure those costs with the credit default swap pricing on US debt. Worldwide US debt, including derivatives, is about $150 trillion. CDS pricing is up about 5 basis points. So we can estimate that the global cost of the debt ceiling charade is running at an annualized rate of $75 billion. Let’s call it $6 billion a month.
The debt-limit debate is a farce and a sham, but it is not “fake news.” The funding resolutions and congressional actions that will be signed by the president are places where other law (hence changes in policy) can occur. We expect congressional scrutiny to occur after our hard-working politicians return from their restful summer vacations.
Bottom line: Debt limit politics itself will have minimal impacts on interest rates and financial markets. A few billion is not a lot for a $20 trillion size US economy. It is the other stuff associated with debt-ceiling changes that has the potential for mischief.
There is one technical effect. The Federal Reserve acts as the nation’s bank. When the Treasury is operating normally, it keeps its cash at the Fed. That cash is one of the items on the liability side of the Fed’s balance sheet.
In a debt-limit political calendar run-up, the Treasury has to run down its cash balance. When it does so, that cash ends up in banks as part of ’their excess reserves”. The size of the Fed’s balance sheet remains unchanged – that is, the asset side is unchanged. But the liability side shifts until the new debt limit is resolved and until the Treasury resumes normal operations.
During this interim period banks have excess cash. So they tend to offer lower CD rates, since they don’t need to compete for deposits as strenuously as they otherwise would. Thus money market rates are lower, and other short-term rates are kept lower, too.  That means savers and depositors pay for political charade with an opportunity cost.
All this reverses after the debt limit politics have run their course. Market agents can enjoy this temporary excess liquidity now, but let’s not be fooled into thinking it is permanent. It isn’t.
As the Fed normalizes policy and after the debt-limit political charade is complete, we expect some system tightening and short-term interest rates to resume their gradually ascending trend. 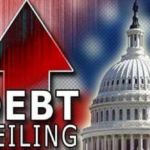 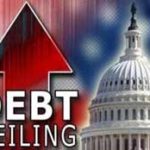