A cura di David Lafferty, Chief Market Strategist, Natixis Global Asset Management
Most observers expect few policy hints to come from the Jackson Hole symposium this year.  The Fed’s position was largely laid out in last week’s release of the July FOMC minutes, leaving Yellen little reason to expound. Draghi will likely be even more cautious as his most recent comments in Sintra were considered hawkish, sending shockwaves through the European bond market with a mini-spike in rates. Because the Fed is already raising rates and has outlined its QE draw-down caps, there is a higher threshold for Yellen to disturb the markets.  With more uncertainty around future policy, Draghi will have to walk more softly.  Chair Yellen is expected to address financial stability in her comments. Investors may look for clues in her comments – specifically that promoting financial stability requires mitigating excessive leverage. This may be seen as a stronger justification for continuing the current rate hike path in spite of sub-par inflation.  Market implied expectations of a December FOMC hike have fallen to about 1 in 3 (34%), so a strong articulation of remaining financial imbalances could be viewed hawkishly. 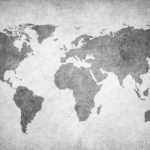