The Fall of the US Dollar

A cura di Walter Snyder, Swiss Financial Consulting
This Newsletter has repeatedly brought the attention of readers to the situation of the US dollar and the extreme indebtedness of Washington, which now practically has a national debt of 20 trillion without calculating all the other liabilities. Proposing a defense budget of almost 700 billion to maintain over 800 bases globally is going to help lead to national bankruptcy.
The US dollar is the basis of American hegemony, and one must now take into account the creation of an alternative to the petrodollar on the part of China and Russia. This oil market in yuan with reference to gold poses a real threat to global American domination of financial markets. Furthermore the Chinese have set up a gold market that will compete with the US and UK. It is only a matter of time that the gold futures market in the West will be out maneuvered, and the manipulation of the gold price on the part of the BIS and other Western central banks and their henchmen will come to an end.
It is also to be expected that American domination of the IMF will finish because the American share of global GDP has continually diminished even with the gross overvaluation of the US dollar. Given the huge trade deficits over decades and the tremendous amounts of American debt in foreign hands, the real value of a US dollar should be about 50% of what it is presently. Edward Falger, an astute Swiss market participant, reckons that a US dollar should be considered to be worth 0.50 Swiss cents.
The question is not whether the US dollar will be devalued but when and how. A rapid downward movement of the greenback would be sure to cause turmoil in global financial markets, and one can be sure that the PBoC would not be happy about seeing China`s hard-earned holdings in dollars lose half their value in a day. Gradual divestment of dollars and a slow but steady decrease in Forex markets would be preferable to sudden uncontrolled falls in value.
The IMF may help in this respect by gradually introducing SDRs as an international reserve currency starting in January 2018. It is only to be expected that the Americans will try to block any change that might influence the US dollar in a negative sense. Given the evidence of past experience and the lack of respect on the part of the US for international diplomatic procedures and active interference on a global scale, it would not be surprising if Washington resorted to military intervention in an attempt to ensure dollar dominance. In God we do not trust. 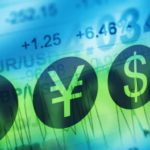 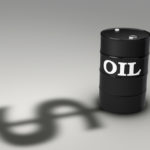 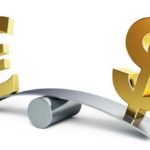