The Eurozone is returning to health. In an era when unlikely political events have often upset the status quo, some viewed Europe’s equity markets as a risky place to invest. Yet today the clouds are lifting. If Angela Merkel wins the German election, there are five reasons why Europe’s recovery will be here to stay:

The anticipated victory of Angela Merkel’s party on 24 September and her definite lead in the polls are a decisive sign that German voters are ready to return to “business as usual”. Just a year after the European Union (EU) appeared to be in crisis, following the June 2016 Brexit referendum vote, and with economic growth flatlining, Merkel’s victory could be another key event in restoring confidence.

The German election comes after a surge in so-called populism, which began with the Brexit vote in June 2016 and appeared to close with the election of Donald Trump as US president the following November.

This will be reassuring news for markets. However, Germany is known for its centrist politics and either of the two mainstream candidates would back a continuing relationship with the EU. This brings us to our second reason for maintaining that this recovery is here to stay.

The upcoming Italian election is the one outstanding event causing some investors anxiety. Yet, perhaps heeding the lessons of the Brexit vote and ensuing national divide, plus the impasse between the UK government and the rest of Europe, Italy’s two leading populist parties have softened their rhetoric in recent months. “I want to clarify that Five Star does not want a populist, anti-European or extremist Italy”, said Luigi Di Maio, the most likely populist candidate for prime minister from the Five Star political party, at a forum for business leaders on Lake Como.

A series of centrist election victories is reassuring investors, encouraging them to believe that Europe’s equity markets are set for a stable period. This promise of greater political stability is accompanied by better economic data, showing the Eurozone is finally recovering from the 2007-8 financial crisis and the subsequent European debt crisis.

Looking at two specific countries which boasted strong performance: German manufacturers saw one of the strongest increases in production volumes since early 2011. Ireland, which has struggled to return to growth, saw output growth accelerate in August.

IHS Markit, which compiles the PMI, expects these robust PMI readings to set the scene for another strong GDP number for the third quarter, with the surveys running at a level consistent with 0.6% growth. It anticipates GDP growth of 2.1% in 2017, the best performance since 2007. New order inflows have slowed since the start of the year but remain strong, and unemployment within the Eurozone will continue to decrease.

Although political events sent them tumbling in 2016, in our opinion European equity valuations are still more attractive than in other markets, especially the US. The election of president Trump may have surprised the world, but investors saw his infrastructure-building and tax-reform agenda as business-friendly and likely to boost the US economy. US equity valuations rallied and have stayed relatively high despite the Trump programme’s slow progress.

By contrast, Europe looks under-appreciated. Not only are valuations relatively inexpensive, company profits growth is also picking up.

Some are concerned that a strengthening euro will derail earnings growth. But bear in mind that half of European earnings are generated within Europe. Therefore, while the euro’s strength has an effect, it will not make or break companies’ earnings growth.

In summary, Merkel’s re-election will play a key role in Europe’s revival. Restored political confidence, ebbing populism and a robust economy suggest that Europe is set fair for good growth and strong equity performance. Reasonable valuations and revived corporate earnings growth should encourage investors. The European Central Bank will want to stop quantitative easing and raise interest rates – but it will be careful not to jeopardise Europe’s long-awaited recovery.

While the long nights may be drawing in, economically the mood in Europe is much closer to spring. 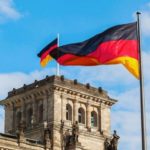