Prospettive costruttive per i mercati Emergenti

Mentre le Prospettive Cicliche di PIMCO sono generalmente caute, l’outlook sui mercati emergenti, Cina esclusa, è più costruttivo. L’esperta di PIMCO infatti si aspetta un ulteriore miglioramento dello scenario macro dei mercati emergenti, poiché tali economie sono in una fase diversa del ciclo economico, rispetto a quelle sviluppate e stanno ancora beneficiando di condizioni politiche globali relativamente facili. Tali elementi dovrebbero quindi sostenere un rimbalzo nell’attività economica e una progressiva disinflazione.
La conclusione è che la combinazione di fondamentali macro migliorati, valutazioni più alte, possibile volatilità nello scenario globale e percorsi politici idiosincratici implicano il fatto che gli investitori potrebbero dover applicare uno sforzo maggiore per trovare rendimenti allettanti nel 2018.
A cura di Lupin Rahman, Responsabile del Credito Sovrano dei Mercati Emergenti di PIMCO
While PIMCO’s cyclical outlook is cautious overall, our outlook for emerging markets ex China (EM) is more constructive. We expect further improvement in the EM macro picture as most emerging economies are at a different stage of the economic cycle than developed economies and they are still benefiting from relatively easy global policy conditions. Both of these should support a rebound in economic activity and continued disinflation.
Yet because valuations on EM debt are high after this year’s rally and market volatility is likely to increase in the months ahead, the days of relatively easy returns for investors in EM may be passing.
Growth in EM rising. EM growth has been stabilizing at lower post–financial crisis levels, with a smaller differential to developed market (DM) growth, for some time. In 2018 we expect EM growth1 to rise to 4.0%, which is slightly above consensus, led by consumption and recovering global trade. Recoveries in both Russia and Brazil will likely become more entrenched, while growth in Mexico and India should remain robust.
EM as a whole remains anchored to the fortunes of the global economy, and one of the main risks to our growth forecast is the potential for change in U.S. trade policy. Prior to the financial crisis in 2008, a larger U.S. current account deficit lifted EM growth to 6%–7%; after the crisis, the U.S. current account adjusted lower, and so has EM growth. From here, a more protectionist U.S. in the North American Free Trade Agreement (NAFTA) negotiations or toward China could possibly drive growth much lower than our baseline, toward the 2% level.
Disinflation: cyclical, not structural. Inflation is likely to decline across EM in 2018, with headline CPI (Consumer Price Indexes) expected to converge to around 4.2%. In Brazil and Russia, inflation should be well within their respective inflation targets, while in Mexico, where CPI has been higher than target, we expect to see inflation declining below 4%.
Our analysis suggests that the current disinflation across EM is mostly a cyclical decline led by food and energy prices, rather than a more structural phenomenon, as core inflation has yet to show a sustained decline. As a result, the current difference in real interest rates between EM and DM for the most part does not look out of line with the expected improvement in EM fundamentals.
Potential risks: policy and politics. In spite of improved macro conditions in emerging markets, there are risks. At the forefront are the withdrawal of extraordinary policy support by DM central banks, especially the Federal Reserve, and the slowdown in China’s credit growth. Inflows into EM have been highly correlated with the low market volatility that has come with easy monetary policy and central banks’ balance sheet expansion, so it is reasonable to expect that as these are unwound, emerging markets may face headwinds. Caution is also warranted because the bulk of inflows into EM have been via portfolio investment rather than more “sticky” foreign direct investment, and via exchange traded funds (ETFs) rather than actively managed funds. This suggests some investors may be chasing returns in EM rather than investing for the long term.
The heavy electoral calendar in 2018 is likely to keep political risk elevated in key emerging markets. Mexico in particular stands out for a potential regime shift if the left-wing candidate Andrés Manuel López Obrador wins the presidency, which could have negative implications for Mexican debt. In Brazil, we expect a centrist coalition, and in Russia a continuation of President Vladimir Putin’s doctrine. For South Africa, the outcome of the African National Congress (ANC) Conference in December will be key, while in Argentina the outcome of mid-term elections this October will be significant.
Investment implications. The combination of improved macro fundamentals, higher valuations, potential volatility in the global backdrop, and idiosyncratic political stories in the larger emerging markets means that investors may need to work harder to find attractive returns in 2018. To meet return goals, we expect the focus to shift away from simply earning beta, or broad market returns, in EM and toward searching for more alpha opportunities. 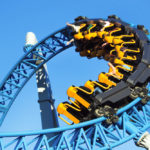