Barring a shock, this expansion has staying power. The best global growth rate in seven years—3.2% in 2017—is based on firm foundations. Macroeconomic policies remain growth-supportive, notwithstanding a gradual “normalization” of monetary policy. Europe continues to surprise on the upside. Japanese growth is solid, albeit slower than most. China’s growth is holding up thanks to stimulus. The emerging world is coming out of a two-year growth slump. Excluding a shock, this expansion can continue for at least a couple more years. While there is no shortage of low-probability/high-impact risks (e.g., North Korea), the biggest threats to world growth are policy shocks. In the past central banks have tightened policies too much either prematurely or too late. With inflation quiescent, the risk of tighter monetary policy killing off this expansion remains low.

Europe: Above-trend and lower-dispersion growth. Year-on-year (y/y) real GDP growth picked up to 2.5% in the third quarter, from 2.3% in the second quarter. The third quarter benefited from robust expansions in Germany, Spain, and Austria, as well as solid performances in France and Italy. The near-term outlook is encouraging. Thanks to better labor market conditions and low inflation, consumer spending will remain a reliable engine of growth. Firms are lifting their investment intentions, encouraged by better access to credit, a more upbeat assessment of the economic situation, and a competitive currency. While political and economic challenges remain, our forecast of real GDP growth has been raised to 2.4% this year and 2.1% in 2018.

China: Now comes the hard part. With the fanfare of the 19th Chinese Communist Party Congress over, the country’s structural problems need to be addressed. The only question is how. The pronouncements by President Xi and other Chinese policymakers suggest a continuation of the top-down, state-led strategy of the past. This strategy led to the explosion of debt and excess industrial capacity during the past decade. As government stimulus applied in the run-up to the Party Congress is removed, real GDP growth is expected to slow from 6.8% this year to 6.5% in 2018 and 6.2% in 2019. Early evidence shows growth in China’s economic activities softened in October, with decelerations in industrial output, fixed-asset investment, retail sales, and residential real estate starts.

Other large emerging markets: The two-year slump is over, but there is no boom in sight. The recent upturn in global economic growth and commodity prices has helped the emerging world in 2017. Moreover, progress in bringing inflation below targets has allowed some central banks to lower interest rates. Brazil and Russia are beginning to recover from 2015-16 recessions. Average emerging-market growth will only be around 5% during the next three years, less than the 7-8% rates of the mid-2000s. 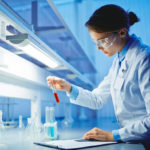 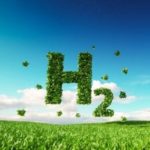