Is The US Stock Market Overvalued? Depends on which Model You ask

To answer this question, investors have developed several alternative equity valuation models. Typically, each of these models compares the stock market’s current price level to a benchmark. Among practitioners, two of the leading equity valuation models are the Shiller CAPE model and the so-called Fed model. Thought leaders in the space debate the merits of the different approaches. For example, at the 70th Annual CFA Institute Conference in 2017, there was a heated debate between Robert Shiller and Jeremy Siegel on whether the US stock market is overvalued(1). On the one hand, Robert Shiller, the distinguished Yale economist and Nobel Laureate, claimed that the US stock market is highly overvalued judging by the current CAPE ratio. On the other hand, Jeremy Siegel, the author of “Stocks for the Long Run”, remarked that, given the extremely low-interest rates, the US stock market is not overvalued. Janet Yellen, the previous Fed Chair, held the same opinion as Jeremy Siegel. In particular, at the end of 2017, she said that “the low-rate environment is supportive of higher CAPE ratio.” Apparently, both Jeremy Siegel and Janet Yellen use the Fed model to determine whether the US stock market is overvalued.

In this piece, we’ll dig into the two leading models and examine the empirical evidence on both approaches. We come to the following conclusions:

CAPE stands for the “Cyclically Adjusted Price-to-Earnings ratio”. It is the ratio of the price of the S&P 500 index to the 10-year moving average of earnings. The Shiller CAPE model was introduced by Campbell and Shiller (1998) and further popularized and developed by Shiller (2005).(3)(4) The Shiller model is based on a simple mean reversion theory that states that when stock prices are high relative to recent earnings, then prices will eventually fall in the future to return the price-to-earnings ratio to a more normal historical level. Using this model, Campbell and Shiller (1998) predicted the stock market crash of 2000 on the basis of an unreasonably high CAPE ratio. Since that time, the Shiller model has been extremely popular among practitioners.

Systematic Investment Strategies are Hot. But What Happens Next?

Factor Investors Beware: Positive SMB May Not Mean You Own Small-Caps

Tactical asset allocation: does the day of the month matter? 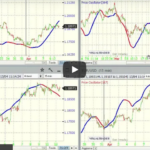 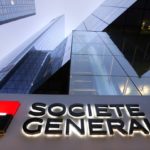