China in the Oil Business and Forex

A cura di Walter Snyder, Swiss Financial Consulting
This Newsletter has often mentioned the opening of the Shanghai oil futures market that has been postponed various times, but it looks like this time is for real and this long-awaited event is supposed to take place on 26th March 2018. This is a game changer if one wants to employ a metaphor borrowed from sports. So far MSM have shrugged off this development, but the effect on Forex markets will be profound because China is the biggest single global importer of oil.
It is well-known that the Forex market has a turnover of about US$ five trillion daily. It is the biggest and most liquid global market. In the commodities sector oil is the most important player. The forecasted global demand for oil in 2018 is about 100m bbl/d. That means one hundred million barrels of oil per day, and one barrel currently costs around US$ 65.00 or a bit more depending on what type of oil is being bought. A quick calculation of $65 times 100 million results in a market with a turnover of $6.5 billion daily for crude oil.
Up until the present time the main markets for oil futures have been mainly American and trading has taken place in US dollars. The opening of the Shanghai oil futures exchange is a challenge to American dollar dominance in the market. The petrodollar resulted from an agreement between the US and Saudi Arabia to the effect that the US would supply arms and support to Saudi Arabia in exchange for the Saudis selling oil and demanding payment in US dollars. It is clear that the recent visit of MBS, the Saudi heir apparent, to the US is important because the policy followed by the Kingdom is determining for the oil market.
The geopolitical tension between Saudi Arabia and Iran is reflected in the oil market and has repercussions on China, which imports about 16% of its oil from Saudi Arabia. It remains to be seen how Saudi oil sales to China will be handled. Oil futures in yuan will be in direct competition with oil futures in US dollars when it is a question of oil destined for China.
As noted in a previous Newsletter, it is only to be expected that Russia and Iran will turn to the Shanghai futures market. Other producers may or may not turn to the yuan and may even use both currencies. The US has blocked Venezuelan cryptocurrency in its attempt to overthrow the current regime. Nigeria may elect to use the Shanghai market only marginally or maybe even more. The Gulf states will probably follow the lead of Saudi Arabia, but they may turn to the Chinese. In any case these developments should be closely followed by Forex traders. 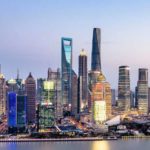