Forex traders know that following a tread is usually a good bet and leads to profitable trades. Always setting a stop loss is necessary to be sure that sudden reversals are only minimally painful. Only rash traders will neglect setting a stop loss, and they sometimes rue the day that they started trading.

The US dollar has been discussed several times in this Newsletter, and the latest trend for the greenback shows that it has generally been heading northwards recently after having reached rather low levels in the early part of 2018. Of course, there are daily highs and lows and it also depends on which currency one is trading in, but on the whole it is fair to say that the US dollar has been gaining on most other currencies the last few months.

An explanation that is obvious is that the Fed has been raising the basic interest rate that has now reached 1.75% – 2.00%. Capital is attracted to the US dollar by higher interest rates, and the prospect of two more hikes this year and then two more in 2019 means that the EU bond market is not particularly attractive and the same holds for Japanese government fixed income paper.

It is therefore not surprising that dollar strength has recently increased significantly. This would encourage traders to go long the dollar with an appropriate stop loss in place and constant adjustment of the stop loss as the dollar trend continues its way upwards.

The yuan has had important losses recently, and the Chinese have a distinctive herd instinct that carries over into the financial markets with the result that it is highly likely that the yuan will continue to fall as long as the PBoC wants it to. Shorting yuan at the moment seems a good idea, but it is not clear for how long a weak renminbi is in the cards.

In this context the ongoing trade war carried on by rounds of tariffs imposed on all sorts of trading goods makes it extremely difficult for traders to depend on trends continuing. In the long run the US dollar is going to suffer serious losses in value due to the huge federal, state and local debt in addition to other liabilities that are not counted as debts as John Mauldin has rightly seen. The federal budget deficit will increase drastically in the next few years, and it remains to be seen if Trump`s policy of imposing tariffs to favor American industry will help stem the terrible negative US trade balance. Short term the US dollar can go up, but long term it is bound to go down for a long count. 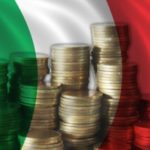