Bull markets are born on pessimism, grown on skepticism, mature on optimism, and die on euphoria

A cura di Andreas Wueger, CEO Lapis Asset Management
Bull Markets usually occur in three phases:
Initial phase – start of the ‘Bull Market’ – 1/3 of the performance. The initial phase shows a market evidencing disbelief and doubts of the economic system and unfolding of the final powerful sales orders of desperation. The power of sales order starts to decrease and ‘brave’ orders begin to appear resulting in more buying than sales orders in the market place. The commencement of the new born bull market begins usually with Small Caps and the Very large Caps as the first choice for investment. This first phase of the recovery lasts between 6 to 18 months and produces about 1/3 of the Bull Market performance
Mature phase – continuation of the ‘Bull Market’ – 1/3 of the performance. The mature phase is where we are at present. It is the longest one and produces the best results for the ‘hottest themes’ such as the Technology, Biotech or Natural Resources etc sector as an example. The general market is doing well but disbelief in the recovery of the market continues to persist. Market participants still hold back with a lot of cash and enjoy only a part of the entire performance of the Bull Market.
Acceleration and final maturation phase – continuation of the Bull Market – 1/3 of the performance. During this phase of the Bull Market the fears about the danger of the market disappear and the pain of the last Bear Market would usually be forgotten. The market will accelerate significantly during a relatively short period of time with liquid large caps, that are well known to the public, to be the primary beneficiary.
Bull markets have historically only ‘died’ due to the following two reasons:
1) Inversion of the yield curve
2) Increased acceleration of the value of companies away from any logic
We believe that the current bull market will ‘die’ in a similar way to the previous ones.
We are at the middle/end point of the second phase of the current Bull Market. Market participants are still worried about well known ‘concerns’ such as for example the Crises of the Turkish Lira (very much contained to specific companies) and ‘Trade War’ which in the  context of global trade volume is small.
During the next 12 to 24 months we expect to enter the third and powerful phase of this  current Bull Market. Historically the very large liquid companies are the financial assets most invested in and which will take most advantage of it. 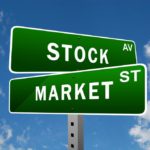