This Time There Are Differences

The S&P has topped January highs. Investors who bought into the dip have done well. Now that the present recovery is the longest on record and the Fed is still set on raising interest rates, many observers reckon that the market could go even higher, as high as 3,000, before the reset begins. There is reason to think that all the share buyback projects of US companies are going to buoy up prices, and that could last for a few months at least.

There is another factor that is not usually brought to the fore, namely, that American pension funds are heavily invested in the stock market. What does make the news is that most American pension funds are underfunded and will not be able to meet their obligations in the future. In case of a crash, it is highly likely that the Fed will intervene in the stock market to save the pension funds. It is also highly likely that the Fed will change course concerning its balance reduction plan if Treasury auctions risk not attracting enough investors. The Fed could monetize large amounts of Treasury debt just like the BoJ. The SNB (Swiss National Bank) could also intervene on the stock market and buy up stock in order to keep prices up. Central bank market manipulation is not new.

While US markets are doing fine, the same is not true of Emerging Markets (EM). The list of countries in crisis has become rather long: Afghanistan, Argentina, Brazil, Greece (not yet out of the hole), Libya, South Africa, Syria, Iran, Turkey, Venezuela, Zimbabwe (once rich, now poor). One cause of the current widespread crisis is the US dollar since many countries and companies borrowed dollars at low interest rates, and they now have difficulty meeting their interest payment obligations as the US dollar has increased in value on the Forex markets, partially due to the Fed raising rates.

Yet another difference with past crises is that the debt made in order to overcome the GFC has not been eliminated. The amount of global debt has increased to new record levels never before recorded ($ 247 trillion). Besides that the derivatives market is so large that it is difficult to grasp how large it is. It is approaching $ 1,200 trillion or $ 1.2 quadrillion. Global GDP is “only ” $ 73 trillion. So the US has become decoupled from the global economy, and this is due to the US dollar. One should not be surprised that many countries are now planning to discard the US dollar in commercial transactions. Things are shaping up for the great reset. Batten down the hatches! 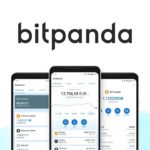