The US MSM (Main Stream Media) peddled the Russian collusion conspiracy theory for over two years before the Mueller Report apparently debunked the notion that the Trump campaign won the 2016 election thanks to collusion with the Russians. The conspiracy theory against the US dollar has some solid evidence to support it unlike the charge that Hilary Clinton made against President Trump.

The Chinese finally managed to get the Shanghai oil futures exchange started in 2018, and this is a signal that there is a movement to challenge the petrodollar. Approximately 80% of the forex exchange transactions globally involve the US dollar, but that is going to change as soon as Saudi Arabia begins accepting oil payments in a currency other than US dollars.

This is a clear attempt to avoid using US dollars for international payments. In addition to that Russia has sold almost all of its holdings of US Treasury paper and bought a large amount of physical gold.

China has been buying large amounts of physical gold, and the Swiss gold refineries have been working overtime producing fine gold ingots that are mainly destined to be shipped to China. One may well ask what the Chinese and Russians are planning to do with all the gold that they are piling up. There is also the fact that China itself is a major gold producer, and all that gold production has not shown up in official Chinese national bank gold figures.

The strength of the US dollar remains a fact in the markets, and one reason for it is that international US companies send profits back to the US and thus shore up the price of the dollar in addition to central banks holding large amounts of dollars as a reserve currency. But there remain doubts about the US dollar in view of the enormous budget deficits that will surpass one trillion in 2020, the huge federal debt of over twenty-two trillion and the huge trade deficit that topped eight hundred billion in 2018. Add to that the record consumer debt in credit cards, automobile loans and student debt, and one has to ask how all that debt is going to be handled. US corporate debt is another problem, and that includes the Ponzi scheme that is the US oil fracking industry.

Somehow it seems that the US dollar is overvalued

When the crunch comes, those investors who got out of the dollar in time will be vindicated. 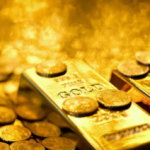