Despite geopolitical tension US markets are setting new records. The S&P is set to break the 3,300 mark and could go to 3,500. Nasdaq has set a new record and was over 9,000 briefly while the Dow topped 29,000 before easing back under the record high. The assassination of Qasim Soleimani resulted in heightened global tension, and markets were weakened only a short time before bouncing back up and setting records. President Trump has promulgated new sanctions against Iran in addition to those already in place. The trade dispute with China is far from over despite Administration claims that a first accord will be signed shortly. Argentina is a fiscal mess while protests have disrupted Chile, France, India, Iran and Iraq. The war in Afghanistan drags on, and fighting in Libya is intensifying rather than slowing down. Jihadists still control Idlib in Syria, where fighting continues. The US is trying to stop the German-Russian gas pipeline by threatening sanctions.

One would think that stock markets would waver in the face of such problems. Instead they shake off geopolitical tension like a dog shakes water off its back. The reason for such exuberance and extremely low volatility is not really corporation share buybacks but the provision of extensive liquidity by way of what amounts to QE4 even though it is not called that by the Fed along with intervention in repo markets.

The Fed is still shedding MBSs at the rate of $60 billion a month while buying up T-bills at about the same rate.  The repo liquidity injections over the critical New Year period totalled about $500 billion. The Fed balance has increased to $4.2 trillion as QE4, which is not called QE4 by the Fed, increases Fed assets.

Yet another reason for the ebullience of the markets is the notion on the part of investors that the Fed will activate the PPT (Plunge Protection Team) in case of a crash and even buy ETFs to keep the markets from tanking. The BoJ has set a precedent, and the Japanese economy has not collapsed. The ECB is still providing liquidity to markets and keeping interest rates historically low.

So it seems that this time is going to be different while FOMO goads the financial world into taking more and more risk with HY corporate bonds as corporations go deeper and deeper into debt to finance more and more share buyback programs. Why should anyone worry with volatility again at record lows? It is just so unlikely that lightning should strike out of a clear blue sky. 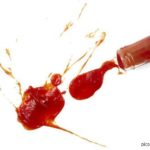 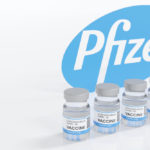 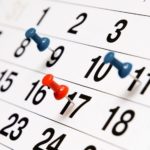