Tai Fun in the Year of the Sheep

On 26th May 2015 FTSE announced that it was preparing for the inclusion of China A Shares in EM indices. On 9th June 2015 MSCI will decide whether to include China A shares. From 1st July 2015 mainland and Hong Kong investors will be able to buy mutual funds in each other`s markets. In October the IMF will decide whether to include the yuan in the SDR basket with implementation on 1st January 2016.

This seems more like a whirlwind than sheepish behaviour. Of course the liberalization of the Chinese market is subject to all sorts of negative observations on the part of pro-American commentators. This is only to be expected as the US dollar stands to lose its privileged status as the most important global reserve currency as the yuan gains traction.

For investors it should be clear that the bull markets in Shanghai and Shenzhen will be subject to volatility but may still have impressive gains through to the beginning of 2016. At a certain point profit taking will begin to slow the advance even if the PBoC is intent on increasing liquidity via QE and keeping the exchange rate of the yuan fairly constant so as not to endanger the Chinese application to have the yuan recognized as a member of the SDR basket.

It is only to be expected that the authorities will open up the Chinese bond market to international investors as part of the campaign to make the yuan the most obvious candidate to supplant the US dollar globally. Many central banks will start to consider yuan respectable and apportion part of their reserves accordingly. Given that Chinese bonds pay higher rates of interest than EU or US government paper, one can reckon that many funds will shift out of euros and US dollars to paper denominated in yuan.

It is certain that the PBoC will have planned in advance how to handle the increased demand for Chinese currency without having the renminbi appreciate more than the 2% leeway fixed earlier. There will be a currency war between the EU and China with the Americans trying to avoid the dollar gaining much in value so as to impair the prospects for exports from the States. The euro has already weakened considerably against the dollar, and we can expect a huge current account surplus for Germany to the chagrin of other EU members.

A Grexit is more than likely since not even injections totaling €242B have served to avert economic disaster. “Beware of Greeks bearing gifts”. 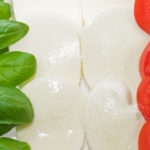