This Newsletter is judged on how well it perceives the financial world. There are some things that were correctly viewed and some others that were wide of the mark. Buying Chinese stocks was a good bet last year though Russia suffered sanctions. The oil price is hovering around $60.00. Gold is still cheap thanks to BIS manipulation without the DOJ prosecuting anyone. Inflation still remains to be seen. US stocks have stayed high along with the dollar. Real estate prices are still generally high.

This newsletter has repeatedly warned about the bleak prospects for fixed income securities. We are still waiting for the Fed to start raising interest rates. If the Fed raises interest rates even 5 bps, then bondholders can look forward only to long-lasting pain the longer they hold on to bonds. The American-caused bond tsunami is on its way. A foretaste of what could happen is the increase in the yield on German bunds as the market price went down. What is going to be the end result with Greek bonds and debt is now being fought out in Europe with Americans hardly at all worried as the US is not exposed to Athenian slight of hand.

The IMF said this week that the Greek debt situation is unsustainable. Eureka! The same holds for Italy, Portugal and Spain, The result of the Greek referendum changes little: only a debt restructuring will save the Greeks, and the IMF, ECB and EU would have to take heavy losses on debt owed by Greece. Why anyone would agree to a bail out for Greece is a good question. But what about the other debtors? Why should the Greeks have preferential treatment and be spared paying back their debts after taking large amounts of money from credulous lenders? The EU cannot bail out Italy, Portugal and Spain, and it is only to be expected that these countries would insist on debt relief if the Greeks were to receive favorable treatment.

Like the Greeks, wily criminals jump bail and have the insurer pay the bond that covers the bail. Of course, bond companies only accept insuring people who are unlikely to jump bail. Investors should jump the bond ship now and avoid haircuts before the bail out that is doomed to fail. One does not have to be a rat to know when to leave a ship that is going to sink. When the Fed moves, it will be too late.

Investors are not rats nor are they sheep, but they should avoid being shorn and restructure their portfolios by getting out of bonds. Gold is a cheap safe haven at the moment, and there is also real estate, which, though it is expensive, is tangible. The Trojans did not believe Cassandra; look what happened to them. 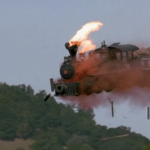