The Reasons Why Gold Is Plunging Again

Gold‘s decline marks a continuation of the downtrend that began in 2013, when then-U.S. Federal Reserve Chairman Ben Bernanke first uttered the words “taper,” making it clear that the central bank planned to withdraw the unprecedented monetary stimulus that it had put in place in reaction to the financial crisis of 2008/2009. The gold downtrend took a breather during 2014 and during the first half of 2015, but now seems to be back in full swing. Here we take a look at all of the major drivers of this latest gold plunge.

1. Fed Rate Hike The first and most obvious catalyst for gold’s demise is the widely-anticipated rate hike from the Federal Reserve, likely sometime later this year. In fact, the central bank could raise its benchmark overnight interest rate as soon as the September meeting, according to some Fed officials. That would end the era of “zero” interest rates, put in place since 2008. It would also mark the first rate hike since June, 2006.
As an asset that is notorious for having no yield, rising interest rates are seen as a negative for gold. Why tie up money in the zero-yielding metal when you could put it in higher-yielding T-bills and Treasury bonds?

2. China Gold Reserves China surprised markets last week when it released fresh data on its secretive gold holdings for the first time since 2009. According to the People’s Bank of China, state reserves totaled 1,658 metric tons, up 57 percent from the 1,054 metric tons it last reported in 2009. That makes China the country with the fifth-largest gold reserves, surpassing Russia. While the increase was certainly large, some analysts noted it was “underwhelming.” The roughly 600 ton increase over six years, or 100 tons per year, represents about 2.5 percent of global demand.  Moreover, it’s dwarfed by China’s own buying in the private sector of more than 800 tons annually. Thus, this latest news from China while not outright bearish, dampened sentiment in an already-pessimistic market.

3. Platinum’s Plunge Platinum prices have been quietly crashing during the past year. From a high of over $1,500, the metal now trades closer to the $950 level. A steep rebound in South African supplies following the strikes of last year are responsible for platinum’s misfortune.  Industry consultant Johnson Matthey sees production from the world’s largest producer increasing by 19 percent, narrowing the gap between supply and demand significantly.
What does this have to do with gold? As an alternative in the high-end jewelry market, platinum shares a close bond with gold, and movements in platinum prices may have an impact on gold demand at the margin. Indeed, based on current values, gold trades at a 15 percent premium to platinum, close to the steepest level in decades.  If platinum continues to fall from here, it’s like to drag gold down with it.
4. Iran Nuclear Deal After 20 months of wrangling, Iran and world powers clinched a deal to curb the country’s nuclear program last Monday. Supporters of the agreement expressed hope that it could mark the start of more peaceful relations between Iran and the rest of the world. While there are still many out there that doubt the deal will do anything to slow down what they suspect is Iran’s quest for the nuclear bomb, all else equal, geopolitical risk has fallen by a notch in the short-term. That’s one less reason to own safe-haven gold.

5. Greece Resolution Another big agreement clinched last week was that between Greece and its creditors for a third bailout. The country received the backing of paymaster Germany for more funds, contingent on passing the necessary tax hikes and reforms in parliament. Those austerity measures were passed on Wednesday, putting an end to the Greece debt soap opera and taking “Grexit” off the table, at least for now.

6. Record Stock Market A flurry of strong corporate earnings reports sent the Nasdaq Composite surging to record highs on Friday. The tech-heavy stock index, which first surpassed its previous all-time high from the dot-com bubble last month, is performing exceptionally well. The other major stock indices, such as the S&P 500, haven’t notched a record high since May, but they are only a hair below those lofty levels.
With stocks firmly in their six-year bull market, investors see little need to venture into other asset classes such as gold. The story might change when stocks eventually falter, but for now, the money is flowing into equities at the expense of gold.

7. Low Inflation One of gold’s biggest selling points is the idea that it is an inflation hedge. It’s been argued that an ounce of gold has the same purchasing power as it did thousands of years ago, proof that the metal is the ideal store of value. 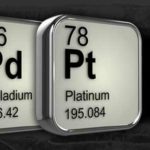