The sorry financial condition of many countries is worrying on several accounts. The ratio of national debt to GDP in the US is, for example, over 100%. Japan and Greece appear to be hopeless. Years of ZIRP and QE have resulted in the misallocation of capital while efforts to spur inflation appear to have failed. The ECB is still trying to increase growth with massive injections of capital into the economy. The Doom and Gloom Club predicts pain and suffering as the Baltic Dry Index reaches new lows.

The Fed has now started raising interest rates as the PBoC seems bent on devaluating the yuan against the dollar, which continues to strengthen despite the flabbiness of the US recovery that is again based on debt. Car loans have financed the great gains in auto sales. It might seem that the only solution to the excessive indebtedness of many countries is default or inflation or a combination of the two. Once again the Americans show the way to the future. The Fed buys up large portions of the paper issued by the Treasury to finance government operations. With the current low interest rates favoring debtors, the government can afford to service the huge debt that has been amassed.

As soon as interest rates rise, the Treasury will not be able to service all the debt. What is to be expected is that the Treasury will first ask the Fed not to service the debts that it has with the Fed, that is, not to pay any interest, and then to cancel the debt. The Fed will simply eliminate the debt from its accounts and prepare to purchase the next round of Treasury paper that will be issued the following month. The cancellation key on the Fed´s computers will stave off bankruptcy. Banks and private investors will be spared.

The government will continue to spend as its debt load is lightened, thus spurring on the economy. If there is any inflation, the Fed can raise interest rates to limit it. This measure will hopefully keep hyperinflation in check.

It is clear that such a system can function only with a fiat currency. The policy of the BIS to eliminate gold as a currency supports this supposition. Since most governments have already pushed taxation to barely tolerable levels, more taxation cannot be a solution to the problem of debt. Default in the form of national banks cancelling portions of national debt that they own as they continue to finance deficit government spending is the final solution. Tabulae rasae.

This system will not favor distributive justice, and the effects will be felt globally. The rich get richer and the poor get poorer: that is the way of the world. 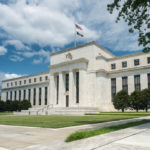