In the last two months the global geopolitical situation has definitely worsened as the central bankers pursue their ZIRP and NIRP policies by adhering to financial repression and in some cases, as in Europe and Japan, with vigorous QE acquisitions that have completely disrupted the price finding mechanism of the capital markets. Insurance companies and pension funds find it ever more difficult to cope with the low yields of bonds and struggle to meet their obligations to shareholders and those enjoying entitlements.

The rising prices in the bond markets, due to the acquisitions of the central bankers, have awarded some bond holders with unexpected gains as bond prices rise while yields continue to diminish. The Japanese market hardly makes sense if one does not consider what the BOJ is doing to the market. It seems that the entire sovereign bond market will be monetized very soon, and the country will become a poverty-stricken old age colony.

At the same time the FED`s policy has resulted in ever higher equity prices for the FANG club while the rest of the market languishes. This Newsletter has already warned that FANG stocks are due for a fall, and those investors who still hold these highly overpriced equities would do well to sell immediately and realize a profit while the buying mania is still running wild.

The central bankers have also been busy trying to fix the gold price. It is widely known that the paper gold market is manipulated while the Chinese, Indians and Russians are piling up the yellow stuff. One does not know how much gold is in Fort Knox. If there is any, it is certainly leased with one ounce covering hundreds of contracts. The market price has no connection with the real conditions of supply and demand.  The price would be between US$ 5,000.00 to 10,000.00 if the market were set free.

The Doom and Gloom Club preachers foresee a severe financial crisis, and it is understandable that the huge derivative market could result in tremendous losses due to a black swan event. It may be coming sooner than one thinks since the US neo-cons are hungering after war with Russia over Ukraine, a country that is rather corrupt if not totally so. It is a black hole that swallows all the money thrown into it.

Other bubbles bubbling are Syria and the South China Sea, where the US is on a confrontation course with the gentlemen in Beijing. Then there is the migrant crisis engulfing Europe, seriously weakened after the British decision to leave Brussels to its fate, Even poor Venezuela is trying to make a deal with the Iranians. What that would entail might assuage the plight of the poor people paying the price for the mistakes of Chavez and his successors.

All in all investors have a hard time to distinguish the wheat from the chaff in such an environment. This Newsletter still advises the purchase of solid equities that are not overpriced and which yield decent dividends, stocks that are becoming more and more difficult to find. Bonds should be avoided as the default rate on junk bonds is running higher than usual. Carefully chosen real estate is still a good hedge against the folly of central bankers, and a 5% to 10% portion of one`s portfolio in physical gold is still advisable in these troubled times. The problem is that the times may get worse before they get better. When the FED finally realizes that interest rates have to go up, the bond market will go into convulsions.  It will be every man for himself. 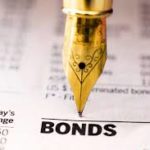 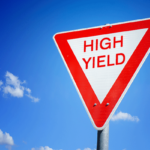