After Italy’s vote: business as usual for equity investors in Europe

David Zahn, head of European fixed income, Franklin Templeton Investments
“Italy voted against constitutional reform and against the will of its incumbent government, with current prime minister Matteo Renzi, resigning. Market reaction thus far has been fairly muted, given the markets had largely priced this result in already. Going forward, we don’t think there will be any cause for early election, and rather all eyes will be on the on-going plays for power from the key political contenders in Italy until the next election. It is also important to remember that, while today’s result seems like a vote against the status quo, it was in fact a vote to keep in the current constitutional structure, where the Italian Parliament’s Upper House maintains power. We think this is positive in some ways, as it means that any shift in power will not be immediate or extreme given that any new political party that does come in will need to still go through the Upper House in order to push any policies through.
Another key consideration is how this may impact the course of the ECB meeting this week. We do not anticipate the result of the referendum this week to have any major impact on the ECB’s plans, as we think this result reaffirms its expected position of extending QE for at least another six months, given the continued European political risk. Going forward, we think the next major event to be watching is the French elections in Spring and the rhetoric leading up to the election, and specifically whether the far right party there could come to power, which we think could have significant impacts for European project.”
Dylan Ball, EVP, Portfolio Manager, Templeton Global Equity Group
“Market reaction has been somewhat unexpectedly muted. However, this is not the first time we have seen such reaction following an election result this year. As with the US presidential victory for Donald Trump, today’s move feels more like the result of positioning rather than any reaction to the headlines. The ‘no’ vote was expected, investors were hedged for the worst, and now do not want to get caught short. In fact, other than the unlikely event that Italy calls for an early general election, the next opportunity for more volatility in the country will be the scheduled mid-2018 elections. In addition, the ‘no’ vote suggests that the status quo very much remains, with no change to the current constitutional structure.
Going forward, it will likely be business as usual for equity investors in Europe, with focus falling to the European macroeconomic data that is scheduled for release, with services and composite PMIs due from a number of countries and the Eurozone. Looking generally across Europe at present, we think the challenging conditions presented by political events such as the Italian referendum, offers some strong value opportunities. Almost 40% of the EU economy will go the polls next year including France, Germany and the Netherlands and these political risks are at least partly discounted by attractive valuations, and some European equities offer significant value potential, both in terms of earnings improvement and/or a significant valuation re-rating. With economic fundamentals in the region continuing to modestly improve, monetary policy remaining accommodative and fiscal policy recently becoming expansionary after years of austerity, Europe, in our view, offers compelling value for long-term contrarian investors.” 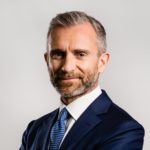