No-moat-rated Fiat Chrysler reported second-quarter earnings per share before special items of EUR 0.29, down EUR 0.03 from the same period last year, but solidly beating the consensus EPS estimate of EUR 0.23. Revenue growth and margin expansion in North America were the primary drivers behind the strong performance. Management adjusted full-year volume guidance to the lower end of its original range, but also reset margin expectations to the high end of its prior forecast.

We had already been modeling volume and profitability at management’s new guidance levels. Perhaps the revised guidance, in conjunction with the Ferrari initial public offering in the fourth quarter, will provide the catalysts that the sell side needs to rethink its EUR 15 consensus price target. The 4-star-rated shares of Fiat Chrysler currently trade at a discount of more than 30% to our EUR 20 fair value estimate.

Revenue growth during the quarter was impressive, up 25% over the same period last year. The result is even more impressive given that unit volume increased only 1%. Pricing and mix in the United States, in conjunction with the positive impact from U.S.-dollar-based revenue converted to euros for Fiat Chrysler’s results, were the primary drivers for the year-over-year surge in revenue. Other drivers included a 12% and 19% increase in EMEA volume and revenue, respectively, plus 22% growth in the components group revenue. The positive swings in NAFTA, EMEA, and components more than offset 15% and 32% plummets in Asia Pacific and Latin America volume, respectively.

Second-quarter EBITDA margin was 9.5%, a modest 30-basis-point expansion from last year. However, the modest improvement impressed us given that the company had limited volume leverage in all regions outside North America, in addition to major launch costs during the quarter from three facilities: Windsor, Ontario, Pernambuco, Brazil, and Melfi, Italy. Additionally, management said that it had made improvement regarding its perceived gap in supply chain pricing relative to its Detroit-based competitors, but that there was significantly more work to do on this issue. The company’s ability to generate a 9.5% EBITDA margin while facing the challenges we have cited gives us confidence that there is more margin expansion ahead for Fiat Chrysler.

The market continually misunderstands the revenue growth and profitability potential of Fiat Chrysler. In addition to the market’s lack of understanding, it also overly discounts the underlying assets of the company. Our five-year Stage I explicit forecast in our discounted cash flow model significantly discounts revenue growth and margin expansion relative to management’s five-year business plan that runs through 2018. The company believes it will reach EUR 132 billion in revenue and an EBITDA margin peak of 12.5%-13.3% by the end of the business plan. In the first year of the plan, revenue was EUR 96 billion with an 8.8% EBITDA margin. We forecast peak revenue and EBITDA margin in 2017 at EUR 125 billion and 11.5%, respectively. Even so, our discounted cash flow model generates a EUR 20 fair value estimate. The sell side has discounted this company’s potential much more, given its substantially lower EUR 15 consensus price target. 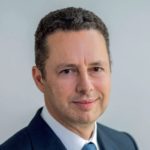 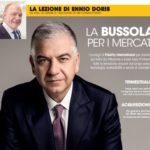 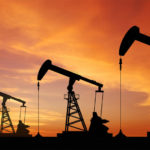