Troubling Signs on the Horizon?

Investors should be aware, however, that the good times may not last for long. Higher volatility should be expected given the recent evidence of slowing global growth and less benign credit conditions. This suggests to us that so-called momentum stocks, which have rallied strongly this year, could falter.

However, several other developments argue for caution. Estimates for 2015 growth by the G8 countries have fallen from over 2% last fall to barely 1.70% today. Meanwhile, news in the U.S. was mixed. Second-quarter gross domestic product rebounded from the first quarter’s slowdown, which was not as bad as initially recorded. That said, overall growth over the past several years was weaker than previously thought. From 2011 through 2014, the U.S. economy grew at an annual rate of 2%, well below the previously estimated 2.3%.

There was another notable headwind for growth: Productivity was a bit lower than the already anemic level that earlier reports suggested. This may have significant implications for the U.S. economy. To the extent productivity does not pick up, this, coupled with an aging-related deceleration in the labor force, suggests a much slower norm for U.S. growth than the post-WWII average. Indeed, this possibility was reflected in the recent downgrade of U.S. growth estimates by Federal Reserve (Fed) staffers.

Slower Growth = Low Rates and Higher Volatility With global growth estimates coming down and commodities continuing to trade lower, it should come as no surprise that bond yields are once again falling. As we discussed several weeks back when bond yields were approaching 2.50%, it is not clear that the current environment of slow growth, low inflation and strong institutional demand justifies much higher yields. Since then rates have slipped. Last week, 10-year U.S. Treasury yields fell back below 2.20%, near their lows for the summer. Other bond markets followed, including Germany, where Bund yields are back below 0.65%, roughly 30 basis points (bps) below their June peak. Investors are reacting to signs of slowing global growth, plunging commodity prices and more modest inflation expectations.

However, prior to Friday, short-term Treasury yields were rising, with two-year yields hitting 0.75%, a high for the year, on a growing conviction that the Fed would raise rates in September. However, that view was called into question Friday following the weakest Employment Cost Index (ECI) number since 1982. Part of the disappointment stemmed from a weak incentive-based compensation number, which although inherently volatile, does add to the debate as to how much wages are actually accelerating. Given this dynamic, we expect the Fed will be particularly focused on next Friday’s July non-farm payroll report, specifically the hourly earnings component.

Beyond lower rates, the other key trend in the bond markets is widening credit spreads, or the difference between the yields of U.S. Treasuries and credit instruments of comparable maturity. U.S. high yield spreads have expanded by roughly 150 bps over the past year, from around 360 last August to about 510 today.

Both of these variables—growth expectations and credit market conditions—are important determinants of equity market volatility. Last week, the VIX Index, a measure of stock market volatility, traded back down to 12, roughly 40% below its long-term average. This implies equity investors may be too complacent.

Should volatility rise and equities correct, there is a risk to one area of the market in particular: the popular “momentum” trade (in other words, stocks or sectors exhibiting strong price gains recently). The MSCI USA Momentum Index, a basket of U.S. equities exhibiting relatively high momentum, is up nearly 10% this year, easily outpacing the broader market. Should volatility heat up, this outperformance may revert in favor of other factors like quality. Investors should take note. 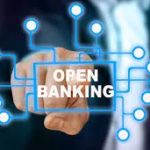 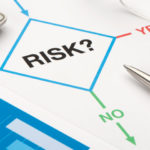