The US and EU are highly regulated examples of capitalism at work while China is a communist country that is committed to entering the global economy, which entails deregulation of the old system. There is, therefore, on the one hand, a tendency to regulate more and more economic systems that were conceived as capitalism, and, on the other hand, a centrally organized and highly regulated communist economy that is opening up and allowing capitalism to influence its development. It seems as if there are two opposites that are both tending to move towards a middle point.

That may be an oversimplification of what is really happening. Yet the bureaucrats in Brussels earn their salaries by excogitating more and more rules for the hapless European populations forced to follow ever more stringent regulations. In China the government was exhorting the industrious citizens of the Kingdom of the Middle to buy more and more stocks when the P/E ratio in Shanghai was over 100.

The people in the relevant government offices responsible for spreading such nonsense apparently had no notion of how a stock market functions and were blithely ignorant of the Dot Com bubble of 2000. They had apparently received instructions from higher up to encourage people to become capitalists.

The efforts of the central government, namely the PBoC, to stem the rout that ensued were typical of the policy that the government can control the economic system by taking adequate measures. It was only too apparent that attempting to control markets by manipulation is not always an easy operation. Thus it came about that the contradiction of fostering a move towards open markets while at the same time wanting to control the direction that markets take was made manifest.

Investors should take note of the activities of the regulators. In Europe banks are going to be so heavily regulated that their profits are going to suffer. Bank shares are not going to flourish under a cloud of regulation. The US government seems hardly likely to lower corporate taxation, and that will lead to US companies keeping cash abroad, which will mean lower dividends for shareholders.

Other factors, of course, influence markets, and the foreign exchange markets are highly vulnerable. The overvalued US dollar still attracts foreign capital, and the Fed is hesitating to raise interest rates for fear of making the US dollar still more expensive, thus driving commodity prices even lower. The move of the PBoC to change the method of how the yuan is fixed sent shudders throughout the world. When the Fed finally gets around to raising rates, everyone is going to get the shakes. 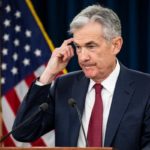 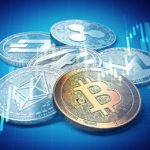