After decades of supercharged growth, China’s economy is now growing at a more moderate pace. But given its sheer size, even less-than-rapid growth generates plenty of opportunities for Italian businesses that cater to the changing needs of the world’s second-largest economy.
China’s economic transformation over the past 35 years has been rapid, far-reaching and multi-faceted.

In 1978, the year before Beijing began to reform and open up the Chinese economy, the country was home to 22% of the world’s population, but was responsible for just 5% of the world’s economic output. By 2014, its share of the global population had slipped to 19%, but its share of global GDP had soared to 13%.
Over the same time, millions in China have left their farms for jobs in the city. While agriculture’s share of the economy has fallen from around 30% to less than 7%, that of services has doubled to nearly 50%.
Many of China’s 1.36 billion citizens have become wealthier as a result.  As recently as 2000, only 4% of China’s urban households were considered middle class. By 2012, that share had soared to 68%.
GDP per capita in mainland China now stands at about US$7,600. Although this is far below the US$34,960 in Italy, this figure has risen more than five-fold since 2004. By 2014, China had about 4 million millionaire households, behind only the US, which had 7 million.
These changes have brought tremendous opportunities for foreign businesses, which, in the decades after China opened up to global trade and investment, seized on China’s low-cost manufacturing prowess to source and manufacture goods for markets around the world.
Economic ties between the China and Italy have expanded substantially as a result:  Italian exports to China increased from EUR8.999 billion to EUR10.494 billion last year, making China the 9th-largest destination for Italian exports. Meanwhile, Italian imports from China remained high during that time, to nearly EUR25 billion, as China is the third country for Italian import.
China’s economy may have entered a state of new normal, but this does not mean business opportunities have dried up. The “new normal” in China means more realistic, sustainable expansion, where the emphasis is on the quality, rather than the sheer speed of growth. The goal is to reduce the old reliance on exports and low value-add manufacturing, and increase the role of domestic consumption, private-sector activity, and services, which now make up a bigger part of the economy than manufacturing.
While old-style manufacturing will not disappear, the government is making big efforts to move China’s manufacturing capabilities to the next level. Policies such as “Made in China 2025,” announced in May, promote advanced industries like IT, robotics, aerospace, railways, and electric vehicles.
This presents opportunities for foreign businesses.
Take urbanization. Despite the massive migration to cities over the past three decades, China’s urbanization rate lags behind that of other countries at similar levels of development. The government target’s is to have 60% of China’s population living in cities by 2020.
That means a continued, big need for investment in urban infrastructure – from subways, water treatment systems, and waste management facilities to building technologies and airports.
Sustainable urbanization, green technology, agribusiness, health care and aerospace are fields on which Italy and China can be complementary due to the Italian industrial and technological capabilities in these areas and the extraordinary development of China.
On the consumption front, the stars remain aligned for robust growth for many years to come.
The days of double-digit economic growth may be over, but salaries are still rising. While consumer appetite for some goods or brands may have dropped off, a lot of cash is simply shifting to other product categories, or will be deployed a little later.
As Chinese consumers become wealthier, they will continue to buy Italian luxury goods and travel to Italian cities. Chinese tourism towards Italy increased in 2011 (+40.2% y/y) and 2012 (+13.7% y/y). China has also been the top spender country in Milan in the last few months (EUR63.9 million), mainly thanks to Expo (about 1 million Chinese visitors expected).
The recent stock market volatility has not put a stop to consumer spending. Retail sales data for October showed an increase of 11% from a year earlier – more than analysts had expected.
Meanwhile, Beijing’s goal of boosting private-sector activity, growing the service sector and raising living standards will bring new business opportunities in sectors such as financial services and healthcare.
Healthcare spending alone is estimated to grow to $1 trillion in 2020 from $357 billion in 2011, according to McKinsey – and the government has signaled that foreign investment will have a role to play.
China is not an easy market, and the days when companies could record easy, double-digit annual growth are over. Foreign companies doing business in China have to be nimble and be able to adapt to the constantly changing spending preferences of Chinese consumers. For those that do so, China will continue to be a must-be location and key export market. 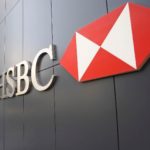 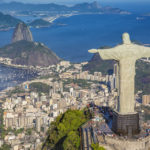 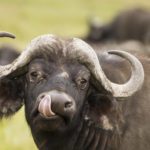