One of the advantages of being a member of the Doom and Gloom Club is that one`s predictions of negative economic performance will sooner or later be proved correct. At the moment all the indicators are in place for a serious recession if not a depression: the Baltic Dry Index; low commodity prices; the slowdown in China; enormous debts in the US, EU and Japan; deflation with negative bank rates in some countries; central banks with no other options except QE to fight a downturn as interest rates are near zero; sanctions against Russia; the Fed poised to raise interest rates to avoid losing credibility; overcapacity in many industries in China; armed conflict in the Middle East; the NYSE going nowhere except for FANG (Facebook, Apple, Netflix and Google) ridiculously overpriced.  The BIS gold price is too low and will eventually explode.

This Newsletter has previously suggested defensive measures, namely: defensive stocks; getting out of bonds; real estate; and gold. Gold mining shares are terribly cheap at the moment while cash is a good remedy for deflation. The problem with cash is that the US dollar is horribly overvalued, the yen is sick, the euro is in the throes of a harsh QE cure. Might the pound of perfidious Albion be a solution? Real estate prices in London are unaffordable for most of the native population with the exception of those engaged in finance. Yet cash might still be the best.

One question this Newsletter has constantly raised is why inflation or rather hyperinflation has not come about due to the massive creation of liquidity in the US, Europe and Japan. Instead global commodity prices have fallen with oil under US$ 50 a barrel. One explanation could be the central bank policy of near-zero interest rates coupled with the strength of the US dollar. Theoretically low interest rates should mean that companies can borrow cheaply and increase expenditure for expansion. What has happened is that tremendous overcapacity has been created with a great increase in debt while many companies have inaugurated massive buy-back programmes, thus further pushing share prices upwards.. On the other hand deflation makes it more difficult to repay and/or service debt.

At the same time the American balance of payments has stubbornly remained negative and huge while the stream of dollars out of the US is countered by flows into the US for investment. The Chinese yuan has still had little effect on the supremacy of the US dollar, but the days of American economic hegemony are numbered. The US is the sick man of the world.

Given this scenario it can be argued that the low interest rates have so far avoided a global depression, but economic activity has slowed down anyway and the so-called “recovery” in the US is merely cosmetic commentary on an economy sluggish at best. The conclusion is that the global economy is ripe for turmoil. Demand is dampened by debt that is aggravated by deflation. It is just in this situation that the Fed is going to raise interest rates, the usual move to fight inflation. What inflation? America is going to lead the world into another depression by raising interest rates because the global economy has become

Anyone who has had experience with trying to cure heroin addicts knows that the success rate is very low. Withdrawal is a painful process, and it will be very painful for the global economy to be weaned away from its addiction to a cure that may turn out to be worse than the disease. Let us hope that the central bank witch doctors do not kill the patient. Pandora`s box has been opened. 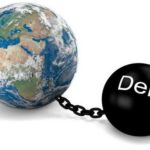 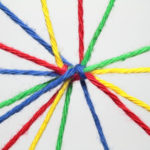