“Nevertheless, we expect that the country’s budgetary outlook will remain challenged, given the modest near-term economic growth outlook and the absence of a resolute reduction in the budget deficit and government debt,” said S&P Global Ratings credit analyst Marko Mrsnik.

Italy’s total population is set to increase to 67 million by 2050, while its old-age dependency ratio is likely to reach 53% at the same date, from about 33% currently. Public age-related government expenditures are projected to increase from the current level of 24.4% of GDP to 25.2%, before declining to 24.7% of GDP in 2050, with pensions representing the bulk of the overall age-related spending.

Despite being noted for its high government debt, Italy has, in the past, undertaken broad reforms of its pension system to contain the budgetary consequences of an aging population and, in this context, compares favorably with its European peers.

S&P Global Ratings’ analysis of Italy is part of a global study conducted to analyze the cost of aging. We presented our findings in “Global Aging 2016: 58 Shades Of Gray,” published April 28, 2016, on RatingsDirect.

The study explores various scenarios–including a no-policy-change scenario–and the implications that we currently believe these different scenarios could have on sovereign ratings over the next several decades. We included an additional eight sovereigns in this year’s report, which expanded the scope of the study’s coverage to a total of 58 sovereigns, representing 70% of the world’s population.

For the 50 sovereigns that we included in the previous edition of our Global Aging series, our findings this year provide an update of our analyses–including information on long-term demographic, macroeconomic, and budgetary trends, all in the context of the countries’ current fiscal positions. 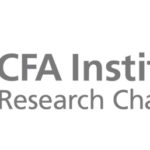