The reflationary trade triggered by Donald Trump’s election continued into December. The month witnessed a strong catch up from European equities after their significant underperformance in November. The upswing in Europe was unaffected by the No vote in the Italian referendum as it had largely been discounted by investors. A new US President has fostered hopes for economic stimulus but generally speaking, we feel that economic data had already been pointing to an improvement in the US economy before the election. That trend has been largely confirmed since. The Citi economic surprise index, for example, which covers the world’s major economies, is now back to its historic highs. This augurs well for hopes of a global economic recovery in the coming months.

Equities: the catch-up is set to continue Markets have already priced in a significant economic improvement so we are extending our slight equity overweight, split between Europe and the US. In spite of recent outperformance from cyclicals, financials and value stocks, the catch up in both zones is not yet over judging from relative valuations. We therefore expect the trend to continue. In defensives, we prefer healthcare (and especially biotechs and mutual healthcare insurers). The sector had initially been hit by the possibility that if Hillary Clinton became president she would push for more restrictive reform. And when Donald Trump won, it suffered from the big rotation into cyclicals. The sector is trading at a large discount even though the outlook for earnings growth is higher than the market average. And we can also expect to see a revival of deal-making in the sector. All this means we prefer to take a style and sector approach, especially on the US market, as it helps us detect opportunities. Europe is interesting as foreign investors are still very way of the zone. They are still sellers, probably because of a busy political agenda in Europe in 2017. But this caution is a source of opportunities: as long as political risk does not explode this year, Europe is clearly better positioned to benefit from the global recovery and the rising US dollar, especially as the ECB will remain very accommodating.

Fixed income: overweight europe For our bond investments, we continue to prefer Europe. The ECB clarified its positions at its last monetary committee meeting, providing good visibility on the chances of its accommodating stance lasting for several months and inviting us to reassert our European overweight. We are focusing on high yield bonds and subordinated financial debt. High yield will benefit from good company fundamentals and the state of the European economy. Subordinated financials should gain from their ability to deliver yield now that the fears which had affected the entire sector, both in Italy and Germany, appear to have abated or even evaporated. Risks on the US bond market now look more symmetrical which is why we closed out our US Treasury underweight last month. We remain neutral on US dollar exposure after taking profits last month for reasons of portfolio construction. Following its recent surge, the dollar, and equity markets too, could be hit by any disappointment over ongoing US reflation. And our portfolios are already overweight equities. 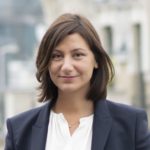 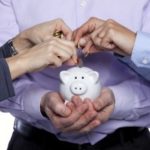 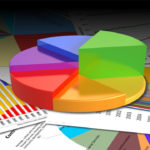