Gli analisti di Morningstar hanno rivisto il titolo BT, uno dei più grandi gruppi telecom britannici. Le sue azioni sono ora a sconto, a seguito del recente scandalo sulla contabilità relativa al suo business in Italia. Le indagini sulle irregolarità contabili in Italia hanno portato alla luce numeri più rilevanti rispetto a quanto inizialmente stimato. Di seguito il commento di Allan Nichols, CFA e Equity analyst di Morningstar.
“BT Group Plc has today announced that its investigation into its Italian operations had been more serious than previously reported, with sales overstated and costs understated over several years. The adjustments identified now total GBP 530 million (US$663 million), versus its previous estimate of GBP 145 million. In addition, management announced that the UK public sector and international corporate markets have deteriorated. In total, it now expects sales excluding the acquisition of EE to be roughly flat this year and next year, and EBITDA to be lower. We expect to reduce our Fair Value Estimate for the local shares to GBX 370 from GBX 400 per share, and that for the ADR to US$23 from US$24.50. There is no change to our narrow Moat rating.
However, we think the market has overreacted and the shares are now undervalued. We believe the market is projecting that similar accounting practices have occurred in other countries. While we acknowledge that this is a risk, we don’t believe it is likely. We also believe that what happened in Italy is different to what happened in the global services division in 2009, when BT booked revenue and costs based on several very large partially completed projects that turned out to have much higher costs than originally estimated. We think the Italian issues were smaller, but over a longer time period. We believe management knew it was being aggressive, but expected the economy would bail it out, which it hasn’t. The Italian management team has been replaced.
Elsewhere, BT continues to expand its fibre broadband subscriber base and the retail division is growing nicely. We are also pleased to see the firm begin to charge its broadband customers who are on low-end packages for access to its sports channels. This is something we believe is necessary for the firm to have any chance of generating a decent return on its sports programming investment.” 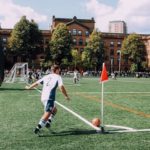