The Dow has gone over 20,000, a historic high. As of 10th February it was at 20,269.37. The SPX was also flying high at 2,316.10. “All is well that ends well” can certainly be said for the past week`s performance in the markets. As is well known, however, history and past performance are no guarantee for the future.

The present economic situation is unprecedented in that ZIRP and NIRP have been accompanied by huge injections of QE liquidity into the economy in the US and Europe. Leave aside the abnormality of Japan with a debt to GNP ratio of 226%. What is to be noted is that the US markets have recently risen mainly due to optimism based on the premise that the Trump administration will favor business with tax reductions and infrastructure investment. But the fundamentals remain unchanged with US debt to GDP still at 106% and “only” $25 billion short of the $20 trillion mark. The annual US trade deficit for 2016 was $502 billion although the December 2016 deficit was “only” $44 billion.

Despite all this the markets have become accustomed to a strong dollar becoming stronger continually. The dollar index stood at 100.7 at the end of the week despite Trump talking about a weaker dollar. Janet Yellen has promised three interest rate rises in 2017, which could explain dollar strength in the face of adversity. This Newsletter has suggested that the PBoC has planned to have the Renminbi compete with the US Dollar as an international reserve currency, and this will contribute towards putting an end to the supremacy of the greenback globally. The time frame is at the moment difficult to reckon, but the decline should start by Q4 2017.

The last Newsletter also advised investors to prepare for a decline in US equity prices, which means deflation in the markets. Government statistics offices have been reporting very low inflation rates for recent years with only a bit more in at the end of 2016. Yet the record highs in Wall Street argue that there has been strong inflation in asset prices. The DJIA has increased by 66% if one reckons a 2007 starting point of 12,000 and an impressive 200% if one starts from the March 2009 low of 6,550. That is a very large rise in prices, but booms end and bubbles burst.

It is difficult to see how the present cycle can continue without a sharp correction, given that the fundamentals do not justify the current high levels of prices. The conclusion is that the central banks have distorted price discovery in the markets for equities and bonds as well as for gold in the endeavor to eliminate the yellow metal as a currency. One is going to lose going against the market while manipulating the market leads to nefarious distortions. Thank the central bankers for the crash. 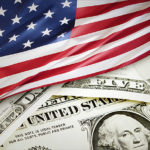 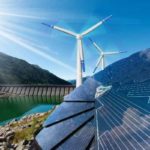