Despite a slowing economy, high debt levels and overcapacity for some chemicals, China will continue its dominance of the global petrochemical marketplace, both in terms of consumption and production, but growth will moderate during the next few years, according to analysis from IHS Markit (Nasdaq: INFO), a world leader in critical information, analytics and solutions.

IHS Markit forecasts Chinese demand growth for key chemicals will be slower at around 5 percent to 7 percent for at least the next four years, significantly below the historical growth rate, as the country’s economy is driven less by manufacturing and capital investment.

“China has not been spared by the global economic slowdown, but the country will still drive growth in the worldwide chemical industry in the years ahead,” said Paul Pang, vice president of greater China chemical at IHS Markit. “China remains the largest growth market for chemicals, although we expect Chinese growth to moderate.”

Pang said China has been the key driver for global growth in both chemical demand and investment since 2000. That year, China was insignificant in either chemical consumption or production, but following its rapid expansion in consumer product manufacturing, China’s chemical demand also grew rapidly from 2005 to 2012. By 2015, China accounted for one-third of global demand for base chemicals, and today, is by far, the largest consuming and producing country in the world.

However, since the economic slowdown beginning in 2012, demand growth for chemicals has also shows signs of weakness. “Even though China growth is slowing, the country still represents more than half of global demand growth, and is still the key driver for global chemical demand growth,” Pang said.

“With conventional petrochemicals now profitable, we have seen more new petrochemical investments,” Pang said. “Several mega-sized integrated petrochemical complexes are either under construction or in planning. On the back of slower demand growth and aggressive capacity growth planning, China will become more self-sufficient. The percentage of import materials will decline, but the absolute import volume will continue to grow.”

China’s economy will slow again in 2017 largely because of a housing sector correction, according to Brian Jackson, senior economist with the IHS Markit China Regional Service. “Mortgage policy easing turbocharged a cyclical rebound in the housing sector in 2016,” Jackson said. “But several quarters of rapid price growth and recent mortgage policy tightening will lead to contraction in the housing sector in 2017. Government plans to introduce a national property tax law near end-2017 will lengthen the period of correction and soften the eventual rebound. Another notable headwind in the two years ahead is an expected slowdown in automobile sales and production due to a higher consumer tax regime; the sector is China’s first largest in retail receipts and third largest in industrial value-added.

The slowdown in economic growth has reduced private-sector investments in China, but the private sector within the country’s chemical industry is expanding, changing the sector structurally. “The Chinese chemical industry was dominated in the past by three SOEs (state-owned enterprises),” Pang said. “In the past five years, private companies and local provincial companies have expanded at a faster pace than SOEs and challenged their dominance. The market share of private companies and local provincial companies grew from 24 percent in 2010, to 41 percent in 2015, and it will grow further, to 47 percent by 2018.”

China’s chemical sector is also shifting from basic to specialty chemicals. IHS Markit expects sales of specialties in China to grow about 6.5 percent per year during 2015 to 2020, to more than $175 billion, surpassing North America to become the largest specialty chemical market.

The market outlook for China petrochemicals will be key topics of discussion at the upcoming IHS Markit 32nd Annual World Petrochemical Conference (WPC), March 20 – 24, 2017, at the new Marriott Marquis Houston. The conference will include the first WPC China Forum on Thursday, March 23, which Dave Witte, senior vice president and general manager of Oil Markets, Midstream, Downstream and Chemicals at IHS Markit, will open, and Pang will moderate. The forum will welcome a Chinese delegation of more than 50 executives and delegates from across the Chinese petrochemical sector.

Speakers for the China Forum include Shousheng Li, Chairman, China Petroleum and Chemical Industry Foundation, who will provide an overview of the China energy and chemical industry and discuss policy, challenges and opportunities in the sector. Weigi Hua, Ph.D., vice president of Wanhua Chemical, will provide a view of a Chinese company’s overseas investment strategy.

Bochun Shou, general manager of China Rongsheng International, will provide and view on their investment on a mega-size integrated refinery and petrochemical project. Pang from IHS Markit will discuss connecting China with the rest of the world, and Mark Eramo, vice president, global business development, for Oil, Midstream, Downstream and Chemicals at IHS Markit, will discuss opportunities for chemical sector investments in North America. William Chen, associate director, for chemicals at IHS Markit, will provide an outlook on the China olefin industry and feedstock sourcing. Other speakers from China and IHS Markit will cover additional topics, including a North America NGL Supply Outlook and Export Facility and a discussion on the opportunities in China for foreign companies. 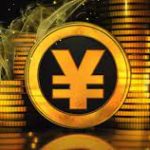 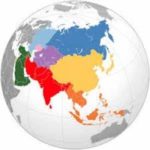 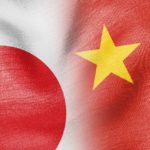