A hard-fork split the world’s most popular cryptocurrency in two on the first of August. Both BitCoin and the newly created BitCoin Cash reacted much like experts anticipated but the high volatility of the market makes it difficult to predict long-term implications at this stage.

BitCoin’s reaction to the hard-fork

In anticipation of the split, the BitCoin price improved to $ 2901.65 but fell sharply as BitCoin Cash saw the light. The $ 2700 barrier was tested several times during the day without breaking through. BitCoin opened this morning at $ 2735.59 – which is still not far from its all time high of $ 3000 and it seems like the new sibling had very little impact on the price of its big-brother currency.

BitCoin Cash is still too volatile to establish real value

As expected for any newcomer, BitCoin Cash experienced a very jumpy first day on the charts as volatility skyrocketed. Initial price offerings started at about $ 275 after which the new currency’s price spiked up to $ 426.11. A series of drops brought the price down to $ 241.38. This morning, both price and volume increased significantly to reach a new high of $ 447.72.

BitCoin Cash is currently trading between 9% and 16% of the original currency’s value which is roughly in line with traders’ projections in the days leading up to the split. Volatility remains high and the real value of BitCoin Cash is yet to be established. Traders are warned to remain cautious during the early days of the split since the long-term impact are still unknown and high-risk trading during times of extreme volatility can result in devastating losses. 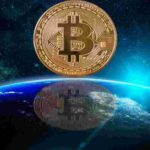 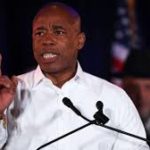