With the development of the Bitcoin came the creation of Blockchain: a type of ledger which can record transactions of the currency type. In 2013, the Bitcoin surged in price but met with a drop when the FBI seized £2.2million worth of them. Bitcoin represented a new age of commerce online, but there was a desire to see more achieved with it. The drive to provide more from a Blockchain than just transactions, this led to the creation of Ethereum.

Ethereum, far from being a passing novelty has since been picked up by IT enthusiasts and even reputable banks such as RBS. As a system it has accrued major interest, and its value has jumped significantly, much as Bitcoin’s did. Closing at $287 on 4th September, its history is as remarkable as the idea and product.

Ether of many faces – Cryptocurrency 2.0
Bitcoin and its original Blockchain were the culmination of decades of theory, but some saw more potential in it. Vitalik Buterin, a founding editor behind Bitcoin wanted to develop further on its Blockchain, seeking to unlock its potential. With a regulated Bitcoin, it would be possible to create automated contracts and transactions. In 2013, Buterin began programming and developing a Blockchain which would allow for these automated contracts and transactions to take place.

The result was the beginning of Ethereum, a system of online commerce which symbolised ‘Cryptocurrency 2.0’; e-commerce’s next step. In early 2014 it was unveiled for the first time in his ‘White Paper’, which underlined the structure of his new creation.

The structure of the Blockchain involved:

‘Nonce’: acting as a system to make sure payments aren’t unnecessarily repeated

‘Ether Balance’: A system which allows the Blockchain user to see their balance

‘Contract Code’: A unique code between systems to allow for payments

The ‘Contract Code’ refers to a capability of Blockchain and Ethereum, which is the creation of ‘Smart Contracts’. These contracts are fully automated means of paying/receiving money, only requiring validation by the user that it’s a valid transaction. ‘Smart Contracts’ are being hailed by some as being able to create the next generation of legalese online. It effectively takes a role originally for lawyers and intermediaries, cutting on time and money for the end user.

Ethereum was not wholly unique because of this system. The real innovation came from its Turing-Complete scripting language. Having its first tests in July 2015, this script allowed for ‘contracts’ between systems without needing outside modification. This concept and system underwent what can only be a tragic fall and remarkable rise in 2016/17.

Ethereum’s Tragic Fall and Remarkable Rise
By late 2015/early 2016, Ethereum steadily picked up momentum, rising to $10.15 by May 2016. In June however, it suffered a hack which saw $59 million ‘Ethers’ stolen via an infiltration of ‘Smart Contracts’. The hack occurred via the Blockchain segment DAO, displaying a vulnerability within Ethereum. Rather than crashing, as is seen in Bitcoin, Ethereum retreated from a value of $21.50 to $15 after the attack.

Unfortunately for the hacker/s, the Ethereum developers are also skilled at hacking, retaliating days later with stock value increased during this. The decision over how to resolve Ethereums security problem resulted in a full split over ethical/moral reasons.

With the amount of money involved, the ‘Hard Fork’, a means of regaining the money lost was seen as haphazard. This tactic was risky as it implied a hard break with segments of code. This resulted in the divide of users between ‘Ethereum’, and ‘Ethereum Classic’. With the Hard Fork Finally resolving the issue, there appeared to be a change of tact; opening up collaboration with banks and mainstream organisations.

“This is a new era in the digital currency space. A new dawn, where the mainstream is embraced, not shunned, where businesses and corporations are welcomed, not disparaged, where even banks can join.” –Andrew Quentson (Cryptocoinsnews.com)

From this crisis came a rate of activity and innovation which increased its stock value and attracted very desirable attention. Reputable groups like Reuters, Microsoft and Coinbase investing, assuring its stability while setting up to explode onto the market. Far from being elusive and untouchable, this transition to embrace the mainstream is paying off, with companies feverishly buying in.

This investment has paid off for its ‘Smart Contracts’ as well as for its investors; with Banks like RBS and J P Morgan wanting to get involved in their Blockchain. Ethereum looks set to develop systems which it already has, simplifying its contracts system for consumers. Late 2017 looks set to see the release of an already widely used, simplified new version of Ethereum called ‘Metropolis’. The Metropolis updated system appears to be made up of two distinct types: Byzantium and Constantinople.

Despite a rocky month of hits to buyer confidence, Ethereum’s moving from strength to strength, making for a promising year. We hope this sheds some light on Ethereum and would love your opinions on it, as well as its function in your life as well as in business. We would love to get your valuable insight! 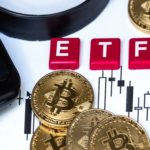 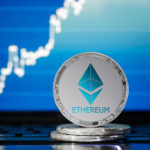