The Materials Price Index (MPI) increased 0.2% last week after falling the previous two weeks. Last week’s slight increase was driven by freight and lumber, with each sub-index increasing 10.1% and 2.3%, respectively. A retreat in the US dollar also helped support commodity prices generally.

Last week the flash US PMI figures came out at 53.2, a 6-month low. Although the composite PMI output index remained above 50 for the thirteenth consecutive month, the lower figure for March signaled a slower expansion for the private sector. At the same time, the US durable goods report showed a 1.7% increase, mainly driven by an uptick for aircraft orders. In Europe, the flash Eurozone PMI showed further momentum in March.

The composite PMI output index reached 56.7, a 71 month high. In the United Kingdom, producer prices posted another increase in February; at an annual rate, they were up 3.7%, a 62-month high. Manufacturers are feeling the pressure to lift prices given the combination of higher commodity prices and, in many cases, weaker local currencies. This said, we believe the current softness in the MPI is not over. Higher US interest rates, a relatively strong dollar and a fading of the Trump rally point to a further modest retreat in commodity prices. Fresh Chinese data, now that the New Year Holiday blackout is ending, will be the focus of attention as the second quarter opens. 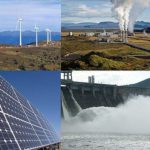 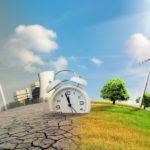