A cura di Guy Wagner, CIO Banque de Luxembourg Investments
Most equity market indices remained positive in September. The only index to drop was the MSCI Emerging Markets (in USD) which gave up 0.6%. Stock market volatility continues to be very low. It did not even increase during the summer months, which have generally proved to be quite turbulent periods in the past. “Given the improvement in economic growth in most regions and low interest rates and bond yields, equities continue to be the default investment despite valuations becoming increasingly high”, says Guy Wagner, Chief Investment Officer and managing director of the asset management company BLI – Banque de Luxembourg Investments.
Economic indicators in manufacturing sector remain encouraging. Economic indicators in the manufacturing sector continue to be encouraging in most regions. In the United States, the ISM index for October reached its highest level since 2004. In France, the new President, Emmanuel Macron, has launched the expected overhaul of the country’s labour laws to generate an independent growth dynamic for the eurozone’s second-largest economy. In Japan, Prime Minister Shinzo Abe is taking advantage of the favourable economic situation to call a snap general election. In China, on the eve of the 19th National Congress of the Communist Party which will take place in October, economic growth continues to be robust.
Eurozone’s key interest rates remain unchanged. As expected, the US Federal Reserve left the federal funds rate unchanged at 1-1.25% at its meeting in September. It also confirmed that it would start its balance sheet reduction in October by gradually cutting the amount it reinvests from bonds and securities as they mature. In the eurozone, the ECB’s key interest rates were also unchanged. At its next meeting at the end of October, the European monetary authorities are due to give their first indications on the course of the quantitative easing programme beyond 2017, thinks the Luxembourgish economist.
Bond markets offer little appeal. Although bond yields rose slightly in September, they remain low. In the eurozone, the 10-year bond yield rose in Germany, in France, in Italy, and in Spain. In the United States, long-term interest rates rose a little more sharply. Guy Wagner: “With such low yields, the bond markets offer little appeal.”
Increasing impact of political events on currency markets. After the euro’s strong advance since the start of the year, the European currency declined slightly against the dollar in September, from 1.19 to 1.18. The tax reform plan proposal outlined by the US administration and the independence referendum in Catalunya helped the dollar gain a bit of ground against the euro at the end of the month. With the increasing impact of political events on the currency markets, there is limited visibility for forecasting exchange rates. 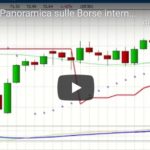 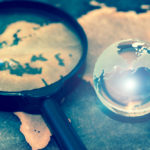