The stock markets are still setting record highs, and the price of crude oil has gone over US$ 60 per barrel. Opinions are divided on whether the surge in oil prices will be sustained or fall back. There are various factors influencing the price like the OPEC agreement to cut back production and the question whether American shale oil production will increase. There are, of course, geopolitical considerations that could lead to developments not entirely positive.

What is interesting is that the stock markets have not reacted to higher oil prices that usually result in slowing economic activity due to the increased cost of doing business. It has been clear for some time that stock markets have not been reacting to economic indicators but have been surging ahead as if everything was going to remain eternally favorable for the markets.

The forward guidance of the Fed regarding three interest rate increases in 2018 and the balance correction currently proceeding at $20 billion a month and destined to increase substantially in 2018 has not stopped the euphoria on Wall Street. The same can be said of the intentions of Mr Draghi to curtail QE in Europe. The prospect of tightening credit seems to have been lost on greedy investors intent on speculation and maximizing profits.

There are, however, market observers who understand that the forthcoming oversupply of bonds is going to have a strong impact on the bond market. It is highly probable that yields will increase, and that will mark the end of the bull bond market that has lasted for decades. This should logically have as a result falling equity prices. So the question becomes one of asking how long the bull rally on Wall Street is going to continue before the correction comes. Some knowledgeable people see the SPX going to 3,300 or even higher before it turns southwards.

As has been often been argued here in the Newsletter, the price of gold is manipulated by the BIS. The recent rise in the gold price was halted by the sale of over 2 million ounces at one shot but still managed to close at $1,336.

What the effect on the oil price the opening of the Shanghai crude oil futures market in February will have is difficult to foresee, but if the new market manages to function, it will be one more nail in the coffin of the US dollar as the principal international reserve currency. China currently imports about 9 million barrels of oil daily, and most of this is paid for in US dollars. Dollar weakness is going to continue despite the repatriation of large sums by American companies. Forex traders will have a difficult time of it dealing with dollar and yuan fluctuations.

Stocks Down, Bonds Up 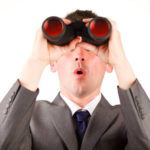 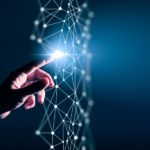 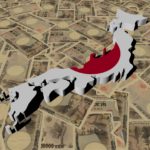