The big highlight from BlackBerry‘s first-quarter earnings report was robust software growth that puts the company on track to achieve its target of $500 million in software revenue in fiscal 2016 (ending in February 2016). However, BlackBerry could not guarantee sequential software growth in the second quarter, erasing the stock’s premarket trading gains (up 8%) and raising uncertainty about whether first-quarter software results came from lump sum payments or represent a new, stable quarterly revenue stream. Ultimately, we’re less concerned about such lumpiness and we still expect BlackBerry to reach its software target. Yet we still anticipate that software growth will merely offset ongoing sharp declines in service revenue from older BlackBerry devices, while hardware sales are still struggling to reach an increasingly low bar of expectations. All in all, we expect to maintain our $9 fair value estimate and no moat rating for the firm.

“Total BlackBerry revenue was $658 million, flattish sequentially but down 32% from the year-ago quarter. Hardware revenue of $263 million was down 4% sequentially; although average selling prices rose to $240 versus $211 a quarter ago, the company only sold 1 million units despite the rollout of new phones like the BlackBerry Passport, Classic and Leap. Software revenue of $137 million was again the highlight, up from $54 million earned a year ago. BlackBerry struck patent licensing deals with Cisco and another secretive customer (we’d guess Apple), which aided sales growth but similar future deals could make revenue quite lumpy over time. Meanwhile, 2,600 enterprise companies have signed on as paying customers for the company’s BES 12 enterprise software solutions, and we’re encouraged that such customers are both adopting BlackBerry’s higher priced “gold” plans, and that 45% are using cross-platform solutions that are not reliant on deploying BlackBerry handsets within the enterprise.

“Elsewhere, service revenue of $252 million was down 16% as expected, and this revenue stream should fall another 15% sequentially in the second quarter and remain a massive headwind to total top-line growth. All in all, we remain encouraged by BlackBerry’s focus on profitability, as the company still hovers around breaking even despite ongoing revenue declines, but still generates positive free cash flow. The company still expects to reach sustainable, non-GAAP profitability sometime in fiscal 2016, which we also think is achievable. However, we have a hard time seeing BlackBerry rise to robust profitability thereafter, as solid software growth might still be offset by rapidly falling service revenue. Meanwhile, our hopes continue to fade that BlackBerry’s handset business will carve out even a tiny niche in the enterprise”. 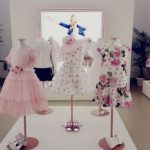 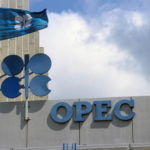 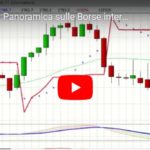